The River Wensum has its source between the villages of Colkirk and Whissonsett, flows through Fakenham and the Pensthorpe nature reserve, and on through Swanton Morley, Taverham and Norwich, flowing out of the city at Trowse to its confluence with the River Yare at Whitlingham.

In 1993, 71 km of the Wensum was designated a Site of Special Scientific Interest and Special Area of Conservation and the river is recognised as one of the most important chalk river habitats in the country with over 100 plant species and a rich invertebrate fauna. In 2001, the River Wensum was designated a Special Area of Conservation (SAC) under the EU Habitats Directive. Species requiring conservation objectives are: Bullhead (fish), Brook Lamprey (fish), Whiteclawed crayfish, Desmoulin’s Whorl Snail and additionally watercourses with water crowfoot and water starwort vegetation (Ranunculus habitat). 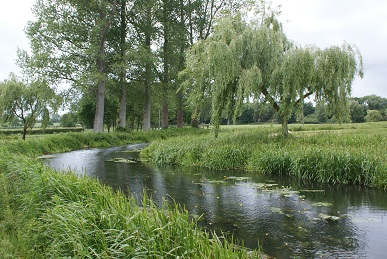 The River Wensum flows through some of the most environmentally sensitive areas in the United Kingdom.

The Wensum catchment drains an area of Norfolk in East Anglia about 40 km west-east and 25 km north-south with relatively low-lying topography ranging from about 80 m in the west to a few metres above sea level where it joins the River Yare. The whole of the Wensum catchment is underlain by the Cretaceous Chalk. In the eastern part of the catchment, the Chalk is overlain by Pleistocene Crag sands and gravels. Both these bedrock strata are overlain by a complex sequence of Pleistocene glacial tills and glaciofluvial sands and gravels and Holocene deposits (blown sand, alluvium, peat and river terrace deposits).

Why was the river Wensum catchment chosen for this research?

The catchment area of the river Wensum is monitored as part of the England Catchment Sensitive Farming Delivery Initiative run by Defra, Natural England and the Environment Agency. This is the latest in a series of studies that have developed infrastructure, datasets, knowledge and farming contacts for this catchment.  The Wensum DTC  both drew from and added to that knowledge base. 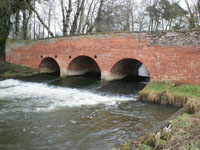