stories from the edge 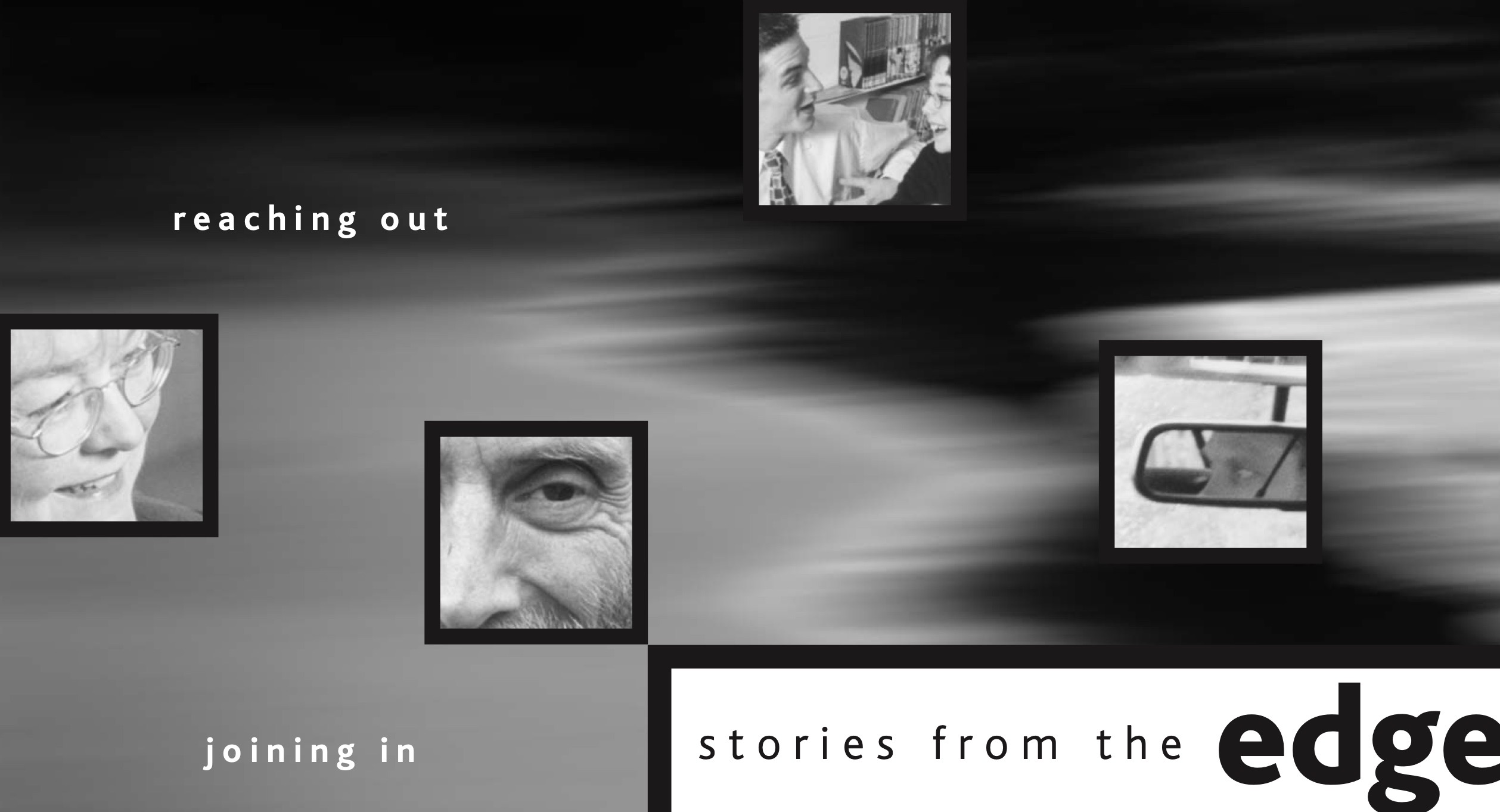 Memory can be elusive, while it enables us to store information it can be a challenging and contrary process to retrieve it. Often it is something in the present that activates vivid retrieval of memories from the past. Two things have recently brought back to me a strong memory from 2001. The first was when IAVE (International Association for Volunteer Effort) asked me to review their Universal Declaration on Volunteering, an advocacy statement that started life some 30 years ago to recognise and support volunteering. It had a relaunch as part of the United Nations International Year of Volunteers (IYV) 2001. The second was a local investigative news programme shown on television in February of this year highlighting the still unsolved murder of the journalist Martin O’Hagan who was shot dead in September 2001. The link between Martin O’Hagan and IYV is a book celebrating volunteering in Northern Ireland. The book was written by Martin, he spent 12 months on the project and finished his final chapter on Thursday 27th September, the day before he was killed.

The strong memory for me is the journey Martin went on as he undertook the research and wrote the book, for him it was a journey of revelation about volunteering, what it is and who volunteers are. I remember planning the project and thinking that it would be great if we could find a journalist to volunteer to be involved. The search led  to the National Union of Journalists and Martin humorously and honestly describes in his foreword that ‘as secretary of the local union branch, I felt someone had to come forward. The difficulty was – no one did and so I got the job by default.’ In fact, Martin could not have been more perfect for the task. He was an investigative journalist, he was cynical about those who volunteer, ‘always at the back of my mind was the acid drip notion of do-gooders.’ He was about to find out the real story about volunteering through the lives of the people he met.

Martin’s experience made him reflect on his own unconscious bias about volunteers and he declares: ‘I now think that the notion of do-gooders is a false idea born out of prejudice.’ Martin was a trade union activist, journalist and talented writer. He started off as a rather unwilling volunteer but ended up feeling empathy and admiration for each of the volunteers he met on his own personal journey of discovery. He was fascinated by Angela and Betty, Gordon and Hugh, Freda and Isabel, Ling, Martie and Michael, Austin, and Joyce, Pat and Terry, Peter, Orla and Claire, Jerome and David. A wide spectrum of age, gender, background and volunteer work. All providing Martin with a glimpse into what people do to help others, their communities and the causes they care about. One of my favourite quotes from his foreword is: ‘then there was Terry, a conservation volunteer who is the only person I have come across who seriously loves weeds.’ That humour and at times incredulity at what volunteers do and why they do it resonates through the foreword. In turn the stories of each of the volunteers are told with respect and understanding that showcases Martin’s insight and his own humanity.

My memory jog encouraged me to pull out my copy of Martin’s book and read again with delight the true stories of lives that really do make a difference. Martin titled his book ‘Stories from the Edge’ because he realised, as we all should, that there is an edginess to volunteering. Volunteers are often at the forefront, they are dealing with tough issues in tough times, they are tackling prejudice and vulnerability, they are determined and resilient, they are empathetic and caring, they are committed and highly motivated, they have a ‘can do attitude’ that makes them resourceful and innovative - they are ordinary people doing extraordinary things.

Martin’s foreword even after 21 years still inspires me, still makes me smile. The book remains a tribute to his memory and to volunteering for the common good.
However, it is also the words of  Sharon Capeling-Alakija (deceased) the then Executive Co-ordinator of United Nations Volunteers who contributed a short introductory statement to the book that bring its relevance right up to date: that ’Martin O’Hagan should tragically have forfeited his own life as yet another victim of senseless conflict serves only to remind us, whatever their achievement, how much work there remains for volunteers to do.’

Stories from the Edge

Let us know what you think by emailing info.ivr@uea.ac.uk

It needs ‘sparkle’: how local community policy making can succeed

On Monday 21 February 2022, as the director of the Institute for Volunteering Research (IVR) it was my privilege to co-host a webinar with Harris Tiddens, from Mehr Demokratie e. V. (More...

Take nothing for granted about volunteering

Blog about webinar 26 October 2021 on volunteering and ideology

How volunteering levels have changed over the last 20 years

Grassroots Associations in East Anglia and beyond: enhancing the impact of hyper local groups with interdisciplinary research

Narratives of disadvantage and inequalities in volunteering

In this extended day event VSSN researchers and practitioners from the UK heard directly from volunteer-involving and volunteer support agencies around the globe, with presentations from the...

Volunteering in a global pandemic

In this extended day event VSSN researchers and practitioners from the UK heard directly from volunteer-involving and volunteer support agencies around the globe, with presentations from the...

The role of volunteering in participation and democracy

Participants offered many examples of ways volunteers are involved that contribute to democracy. That might be as campaigners, as people who support services and policy makers with their lived...

We approached the Institute of Volunteering Research to help us understand the motivators and barriers to volunteering. Utilising their extensive knowledge around employer supported volunteering we...

Volunteering, the choice you make

The vision of the Institute for Volunteering Research is of “a world in which the power and energy of volunteering is well understood, where no one gets ‘used’, so that individuals can be confident...

The mutual aid response during the pandemic: three very different things we learned

The Institute for Volunteering Research (IVR) explored the role of mutual aid associations during the COVID-19 pandemic 2020/21 in Kensington and Chelsea. As part of the project ten mutual aid...
Page 1 of 2
— 10 Items per Page
Showing 1 - 10 of 12 results.