The Value of Reading Together

From the mental health burdens of self-isolation, social justice movements and the pleasure gained from nature, David Nowell Smith, Senior Lecturer from the School of Literature, Drama and Creative Writing (LDC) tells how students and staff came together to deliver a literary lockdown conference that reflected on the enduring value of literature. 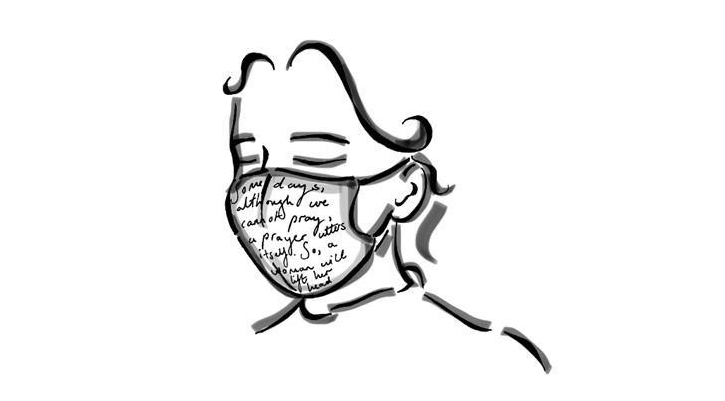 For the last five years, colleagues in LDC have ended the first year by asking our students: “What is the value of literature”? They’ve spent months honing their critical skills; now they use them to address the biggest question a literary critic can face.

They're divided in to teams: each team is allocated a text and tasked with devising a presentation arguing why their piece is important. The “Reading Matters” conference ends with a big celebration day: students give their presentations, a winner is awarded and there’s an end of year party. Plus the winning text is incorporated into the reading lists for the incoming first years.

So when campus went into lockdown, we were left with a challenge. How could we replicate online a conference that was focused on interpersonal contact? Our initial gut feeling was: it won’t work, we should cancel it now.

But as time went on, we realised we needed to do something. Working together, myself and three colleagues – Sophie Butler, Tom Roebuck, and Cath Sharrock, who had been the architect of Reading Matters since its inception -- sketched out a plan.

It was as simple as we could make it: students could register individually and be allocated a team, or they could register as a team with friends. Instead of being allocated a text, they’d select their own. Instead of presentations, we decided to ask them to produce posts and stories we could share on our LDC Instagram feed, which in recent years has become a successful platform for engaging and collaborating with our students. This year we have been working with our two brilliant student ‘digital ambassadors’, Megan Cobb and Jamie Firman. They provided additional guidance and advice.

It took many of us—both staff and students – out of our comfort zones: we were all finding our feet with large-scale videoconference meetings, and many of us had no experience of filming/editing video content. And, as students of literature, how would we translate literary-critical thinking into a medium so condensed, so image-focused?

The students were asked to advocate a text that they believe speaks to now. We were thinking of ‘now’ in terms of social distancing, and its blend of physical distance and social solidarity; but by the time the conference started, ‘now’ had changed. It was a week after the murder of George Floyd. People were on the streets, and colleagues and students were asking with increased urgency about efforts to decolonise curricula and teaching practices. Reading Matters became the place where we could reflect on this moment together, where our students felt empowered to think about what their university study has to say to the wider world. And as academics we also felt we had to respect the force of what our students were saying. We committed to bring all these texts into the curriculum next year, so that incoming first years could continue the dialogue by discussing texts that really resonated with their previous cohorts.

The programme was ambitious, but the students’ ambition was overwhelming: their text selections allowed them to make compelling arguments about the mental health burdens of self-isolation, about the role literature can play in social justice movements, about the different kinds of displacement and isolation felt across the world, about the pleasures and consolations we can gain from paying attention to nature as it grows around us. For their Instagram posts they found hugely inventive ways of bringing their texts to life with video footage, sound, drawings, collages, quizzes, poems; they transformed themselves from rookies to old pros in a week and a half.

Students voted for their top five posts, and these five were added to the LDC Instagram feed on the final day of the conference. Altogether they received over 1000 engagements from people across the world. More of the posts our students created are being featured over the coming weeks and months.

Alice Avery and Sophie Wallwin were the winners of the student vote. They wanted their text selection to speak overtly to Black Lives Matter. They chose the poem ‘Prison Song’ by Etheridge Knight: an influential poet of the Black Power movement of the 1960s. Alice and Sophie wanted to intervene in the ongoing ‘global conversation and education surrounding racism and privilege’, and in particular ask about ‘the role of the written word ... in this moment of necessary social upheaval’, and ‘the place of literature in a fight for justice’.

They embraced the challenge of 'figuring out how to express ideas in such a format'. Knight’s words—including a recording of Knight reciting the poem—were placed in dialogue with video footage and collaged photographs in order to 'establish a clear, visual link between Knight's work and the global situation today'. The result was a compelling, urgent questioning of how poems can contribute to social justice movements.

Daisy Campbell, Kathy Floyd, Liz Lane, Ryan Lenney and Denise Monroe got the most engagement on Instagram, for their beautiful rendering of Carol Ann Duffy’s poem ‘Prayer’ (pictured above). Their project was a collaborative effort, a ‘coming together of minds and ideas’, but also an opportunity to explore ‘the exciting connection between written and visual imagery’, and reflect on 'the importance of considering the audience, platform and visual delivery of writing.’ They took the poem and sought ‘to select images that personally resonated with the joy of simply noticing — as captured throughout the poem — and this became a way of connecting with one another, despite the barrier of distance.’ The conference allowed them ‘to connect over a love of literature.’

The Reading Matters conference encapsulated all four of our UEA values. Overcoming logistical challenges and often exhausting deadlines, the conference was conducted in a spirit of mutual respect, in which staff and students collaborated intensively and inventively. And it empowered our students to produce extraordinary, ambitious work – work they wouldn't have imagined possible at the beginning of the conference.

As our Head of School, Jeremy Noel-Tod, told the participants during the final session: 'We are always proud of our students, but especially proud today.'

More from the UEA Community Blog: Comics and Race Relations

Find out more about the School of Literature, Drama and Creative Writing