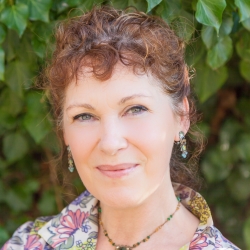 Rebecca counts supportive women amongst those who have helped and inspired her most in her career: “A group of women at York University where I completed my PhD and had my first job. Before that, women teachers. The senior women at York gave me opportunities; a review here, details of a job or responsibility there, often in the form of a hushed conversation in a corridor or a note. No one ever wanted to be thanked. They were like invisible hands.”

Despite this supportive network, there were unexpected drawbacks in her career plan: having undertaken her BA, MA and PhD at York University, Rebecca didn’t get a permanent job when the role was advertised at York. “Those people, my colleagues, had become family by then…it was particularly difficult to have someone else take the job I felt I had worked hard for, and that my supporters wanted me to get”. However, this initial bad news ended up influencing Rebecca’s career for the better.

“Leaving was the making of me in many ways. Having to find work elsewhere and learn how different English departments work was a real eye-opener. I would have left earlier but I had a child at nursery and school at York, so I didn’t have the mobility that my other peers had.”

Being a young parent whilst at university, and then later in her career, provided its own struggles in terms of feeling supported in having both a family life and academic career.

“I had a child at 19 and was a single parent for four years, during my PhD. I had two more children at aged 28 and 30. All of these pregnancies were a delight to me, but a hurdle in my career – although they should not have been”.

Rebecca highlights that, whilst job interviews were difficult as an early-career female academic in the 1990’s, “being a pregnant early-career academic was a mountain to overcome”. She attributes this to a lack of wider representation in academia during this period, with most appointment panels consisting of “older, Oxbridge-educated white men”, with a lack of incentive to encourage and achieve a more diverse overall representation of staff, especially women: “I attended fourteen interviews in 1993 in which, nine times out of ten, I was the only female interviewee. I was also increasingly visibly pregnant with my second child. But I kept going despite the disappointments and I am proud of that”.

Now a successful academic and author, Rebecca is an advocate for tackling the more challenging tasks first to enable a better workflow. “I always try to do the most difficult, daunting job on my list first (where possible). This means you avoid worrying about difficult things because you are constantly getting them out of the way first. It is a puritanical form of work ethic that I am very glad to have adopted”.

Now that Rebecca has been successful in her career journey, she would encourage those aspiring to a similar role to make sure they have solid support networks:

“Make sure you have good people rooting for you, and make sure that when they write references for you, they are writing from the heart. Help others when you can. If everyone is checking in their wing mirrors for others coming up alongside them, cheering others on, particularly other women, it is better for us all. It counters our basic competitive instincts and makes the whole career-making effort much more humane”.

Read more about Success at UEA