A tale of two Roberts 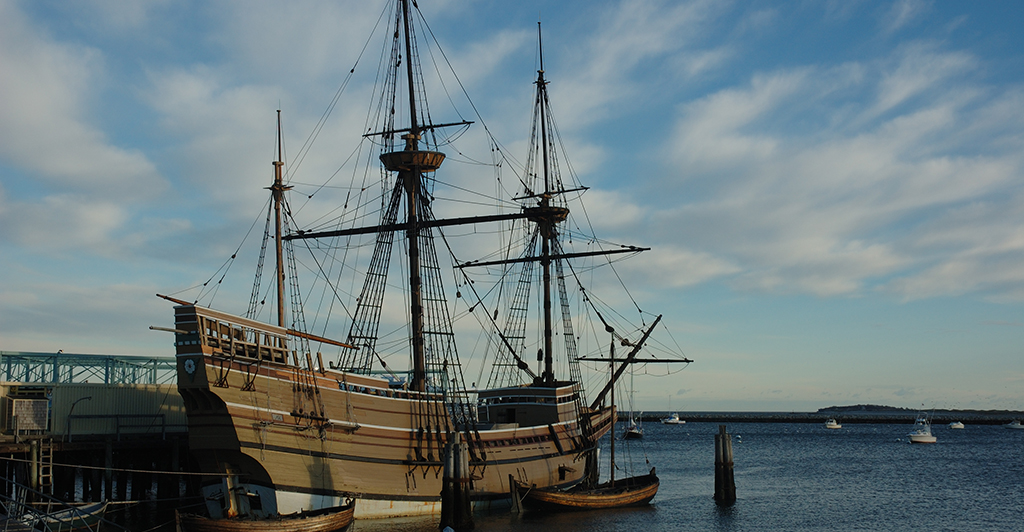 This year marks the 400th anniversary of the Mayflowers voyage to America. Consisting of various English separatist sects, notably those who followed the teachings of Robert Browne, the Mayflower pilgrims sought to break away from the established Church of England and form a new religious society in Plymouth, Massachusetts. Their journey to the New World marked the largest expression of separatist agency in England and was justified via the two main pillars of Brownist ideology. Firstly, Browne asserted that true devotion to God could only be achieved through exclusively following the practices established in canon scripture. Secondly, Browne promoted a natural suspicion that governmental authorities were intentionally enforcing laws and regulations that were grounded in false doctrine.

Combined, both pillars led the pilgrims to conclude that the Church of England was naturally corrupt and incapable of reform. Separating themselves from England and forming a new congregation free from monarchical interference thus appeared to be the only viable option for gaining freedom to practice God’s true prose.

Yet the Mayflower story did not begin in the seventeenth century. The origins behind the pilgrim’s ideological beliefs can be traced back to the county of Norfolk over seventy years prior to 1620. In 1549 Kett’s Rebellion, the largest popular rebellion of the Tudor period, occurred in Norfolk as a direct response to the sudden implementation of new enclosure laws throughout the county. Extensive amounts of land, that had previously been accepted and used for communal farming among countless generations of Norfolk’s lay populace, was unexpectedly fenced off by individual landlords.

The sudden implementation of these enclosure laws inevitably invoked great disdain among the wider Norfolk population. Since these lands had historical been used for public farming, a strong cultural belief asserting that the common laity processed a natural right to agricultural lands had effectively become cemented in Norfolk. From the perspectives of Norfolk’s laymen, Landlords had no legitimate authority to enclose public lands. By enclosing these lands, the sanctity of canonical tradition in Norfolk was effectively being subverted by a self-interested gentry for the sole purpose of increasing their private fortunes at the expense of the wider community’s wellbeing. Consequently, open resistance was imminent and by July 12th a united group of approximately 16,000 men camped on Mousehold Heath in an attempt to repeal the enclosure laws and defend public access to common land via violent force.

While the dissolution of land enclosures is generally accepted as the rebel’s ultimate end goal, less examined details in their demands reveal that they were already actively pursuing additional changes similar to the separatist goals held by the Mayflower pilgrims. A particularly noteworthy demand stated that ‘no Feodary within [Norfolk’s] shires shall be a councilor to any man in his office making’. Instead, ‘a man being of good conscience’ should be ‘yearly chosen to the same office by the commons of the same shire’ (Fletcher and MacCulloch, p.159).

Two important implications can be drawn from this demand. Firstly, the lay populace was clearly aware that the power to govern their counties had been monopolized by individual members of the gentry. More importantly though, Norfolk’s laymen were already beginning to adopt a fully-realised belief that all members in their community should have complete freedom to decide how their province would operate without being forced to submit to the demands of corrupt individuals. Kett’s Rebellion had thus effectively planted the seeds for Norfolk to become a convenient breeding ground for generating public support towards separatist ideas.

It is unsurprising then that Robert Browne’s earliest attempts to create a new separatist based congregation manifested in Norfolk. After becoming disillusioned with the Church of England’s perceived endorsement of non-canon scripture, Browne moved to Norwich in 1581 to reunite with his former university friend Robert Harrison. Sharing Browne’s dismay, they spent the next few months travelling Norfolk together in an active attempt to recruit like-minded individuals and form a new religious community that would separate itself from the Church of England in order to follow God’s true gospel.

Their efforts achieved substantial success and soon gained unwanted attention from powerful Norfolk clergymen who aggressively opposed the existence of Browne’s new congregational church. After several supporters were imprisoned, Browne’s congregation was forced to seek asylum in the Netherlands. Indeed, a complete exodus from England proved the only viable option to sustain Browne’s congregation and it seems apt that the future Mayflower pilgrims would follow similar suit when making the hard decision to migrate to America.

It is important to consider then how long-term social grievances contributed to the emergence and success of future cultural movements. By setting up his congregation in Norfolk, a county which held a significant history of grievances relating to losing pre-established common traditions at the hands of individual authorities, Browne was able to gain significant traction for his views and show that his model for creating a congregational community separate from the Church of England was feasible. Norfolk’s contribution to the Mayflower story must therefore be recognised to fully comprehend the development of separatist tradition in England.