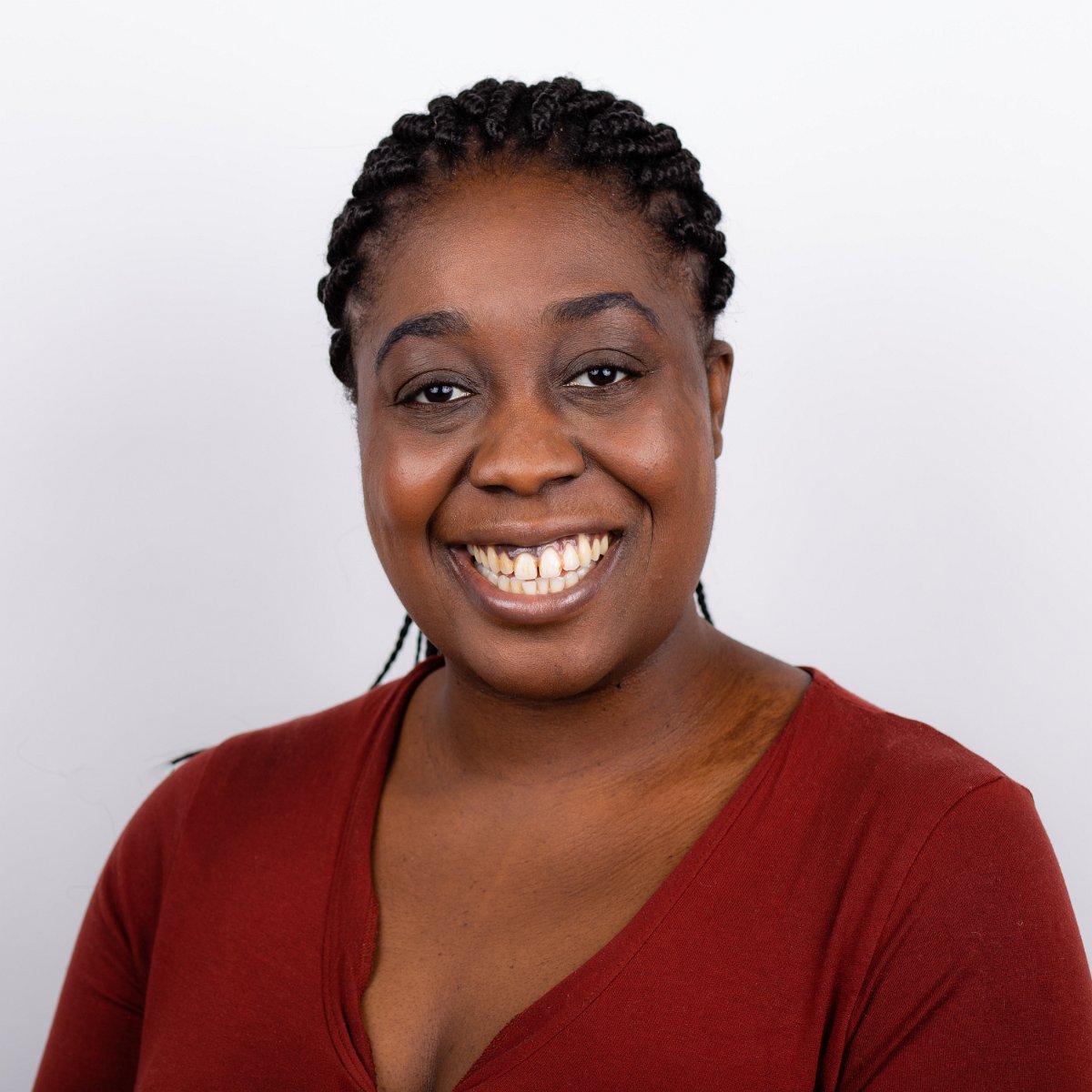 Davina Tijani left UEA with a BSc in Actuarial Science in 2017 and went on to complete a Master’s in Smart Cities and Urban Analytics at UCL. Davina is now Data Operations Manager at Imperial College London and, last month, she secured a four-book deal for a children's fantasy series based on African Mythology.

Science fiction had always been a big love of mine, and it wasn’t until I got older than I realised people who look like me just aren’t in those stories. I wanted to challenge that.

How did you come to study actuarial science at UEA?

I ended up coming to UEA through clearing. I did a foundation year first and then chose to study Actuarial Science. It was actually my father who told me about actuaries and what they do. He really encouraged me to consider Actuarial Science.

Was your ambition to become an actuary?

I definitely thought I’d have a career in finance, whether it be actuarial, risk management, insurance or something else mathematical. I thought about private equity and investment management at one point. While at UEA I completed a few Future Learn courses, including one about Smart Cities. It caught my attention and I ended up doing a Master’s in it. My time studying Actuarial Science at UEA really helped me. Many of my peers were humanities graduates, but my mathematical background really helped me – at UEA I learned how to use R, which was a key component of my Master’s.

You’re from London – what made you decide to go to UEA?

I was keen to leave London for university. My family are football lovers so I had heard of Norwich City, but I didn't really know where the city was.  When I came to an open day after a clearing offer I fell in love with the city. It was a home away from home, and Norwich really give me the opportunity to leave the safety net of home, without being too far away.

UEA gave me friends for life. It gave me a network. I'm still very good friends with a lot of people I studied with.

Did you get involved in clubs and societies and wider university life? Has that helped your career?

I was a student ambassador for Actuarial Science. I did a couple of presentations to other students when I was in final year and spoke to some younger students. I was also President of the Women in Business society. I went to the African Caribbean society. I went to the Commercial Awareness society and Volleyball. I loved society fair - that was like a highlight of every year. So I really did throw myself into university life.

Strangely enough, I didn't actually live on campus until my final year of UEA. Every year I moved slightly closer to UEA until I finally got a chance to live on campus.

Can you draw a line at all between your involvement in campus life and becoming an author?

I actually developed my first ever novel while I was at UEA and I did go to the creative writing society a couple of times. I also attended events featuring alumni authors, including Ian McEwan. UEA was where I laid the groundwork for my first novel, so that’s where my author journey began.

How did you come to want to be an author, and how did you see your studies fitting into that?

I have always sought a creative outlet, and writing has always been a separate part of my life to my career. I wanted to write stories about people who look more like me. I wanted to tell fantastical, epic science fiction stories, and I was really driven to get those ideas onto paper.

Ever since I was a young girl, I have loved reading. My family have really fostered a love of reading – my dad would take me to libraries, and they were so supportive. Even as a graduate in London with a full time job they encouraged me to learn the skills of trade and how publishing works.

Science fiction had always been a big love of mine, and it wasn’t until I got older than I realised people who look like me just aren’t in those stories. I wanted to challenge that and my first ever manuscript was a science fiction futuristic story that had people of colour taking centre stage.

My first book is about a young black British girl who goes on a journey across Africa meeting beasts in African mythology. Mythology is a big love of mine. I was told about Greeks and Romans but African mythology was never really touched upon. I really want to tell these stories. 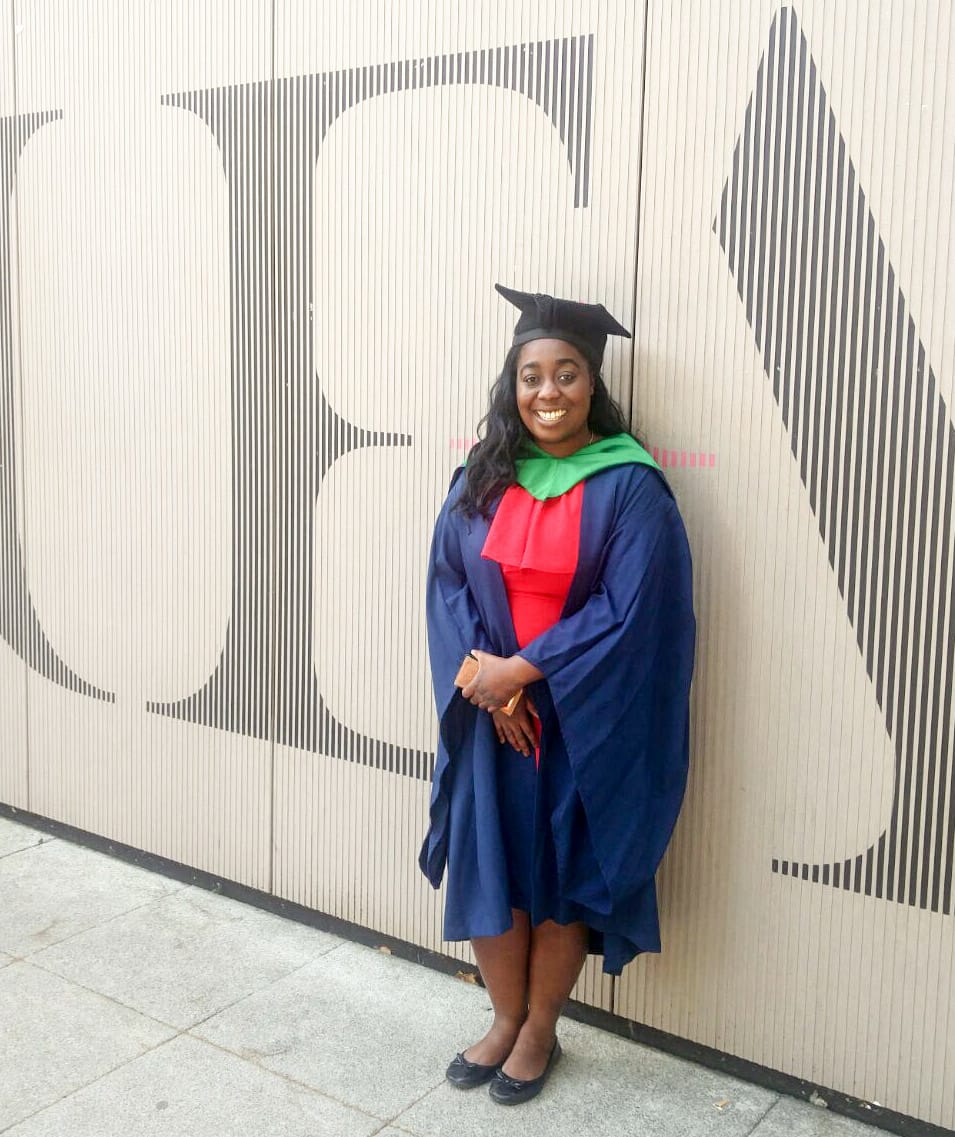 How did you decide what you were going to do after you finished your postgraduate studies?

When I was approaching the last couple of months of my master’s degree, I started applying for jobs - finance mostly, but also a lot of data science roles because I was really interested in the R programming language, which I was introduced to while I was at UEA. I was really intrigued to be able to kind of continue and use those skills and professional world. I ended up getting a job with Imperial College – it was a support analyst role. I currently work for the Institute of Global Health Innovation at Imperial College as part of the Big Data Analytical Unit. We support clinical researchers who use software like Python, R and others to tackle issues in patient safety, COVID, cancer, obesity, etc. So, I'm using the same skills I gained all the way back at UEA.

And so how did writing turn from a hobby into something more serious?

When I returned to London and started working full time, I started going to writing conferences and workshops, and I learnt about agents, editors, and how all of these pieces come together. While at UEA, I had worked a lot on my manuscript and when I was back in London, I learnt about what happens after that.
After I finished my science fiction manuscript and edited it. I found a list of agents in the UK and I sent the manuscript to practically every UK agent that specialised in science fiction. I didn’t get many responses so I ended up going to a manuscript surgery class in East London. I met with an agent who I hadn’t originally considered because she specialised in children’s fiction. She liked my writing style and told me to send her the other projects I was working on since she was now open to adult projects. So I sent her an adult horror book set in Nigeria, and another children’ fantasy project that I was working on at the time. We started meeting each other and I sent her new material every week. I then signed up for her to represent me in around 2019-2020.

And how did your debut book Yomi and the Fury of Ninki Nanka come about?

During the pandemic, the idea of Yomi came to me and I continued to work on it during lockdown. My agent loved it and thought it was ready to send to publishers. Finally, we got a response and a deal, and it’ll be part of a series of four books.

I have other projects too and I hope they’ll have their time as well. It's all about finding the right time though, and an agent’s job is to understand how the market works, what publishers are looking for and when to submit.

You’re writing these books all while still in a full time job – how do you do that?!

Yes, I don't know how I'm doing it! Time management is essential, and you have to take time for yourself. I work on my writing whenever I get a spare evening or weekend, and I also do a lot on the commute to work. I write on Google Docs on my phone and clean up on Word when I get home. I benefit from working on different projects at once. It helps keep momentum going and it’s how I like to function.

Do you have any tips for any budding writers who are not as far along in their journey as you?

Spend time to identify what you are trying to write - as in the genre and age group. Spend time thinking about what sort of writer you are and how you write most efficiently. Spend time to understand how the publishing world works. I would also advise people to engage on Twitter – there’s a really great writing community on there, and you’ll need people to turn to for support and guidance.

And how did you get involved in your genre of choice?

I followed the people who I like on Twitter – people like the American Science Fiction author N. K. Jemisin. If you want to write fantasy, for example, it's good to know the fantasy personalities and follow the circles they engage in. It's good to know where fantasy readers are, where they’re hanging out, and what sort of things they like to read. You need to understand the audience you want to speak to. When I wrote a horror book, I thought it was important to get to know the horror market and how it functions.

What’s next for you?

My goal is to write and be published in lots of different genres. This is a long term goal – publishing is a marathon, not a sprint and I want to continue to write in my spare time. I would also love to be published across different age groups.