Bring boredom back to US politics

Laura Potts is a UEA media relations manager and former journalist. She started her journalism career covering politics, and interviewed or travelled in the press pool with three US Presidents and two First Ladies. In the pursuit of news she narrowly escaped the grasp of a Michigan Militia farmer, was chased more than once by packs of feral dogs and watched a lot of metaphorical ‘sausage’ being made.

She reflects on the changes she's seen transpire in American society and politics since she was a journalist in the Michigan state capital, Washington, DC and Detroit.

In Washington – in the rest of America – the best thing that could happen would be stultifying boredom. 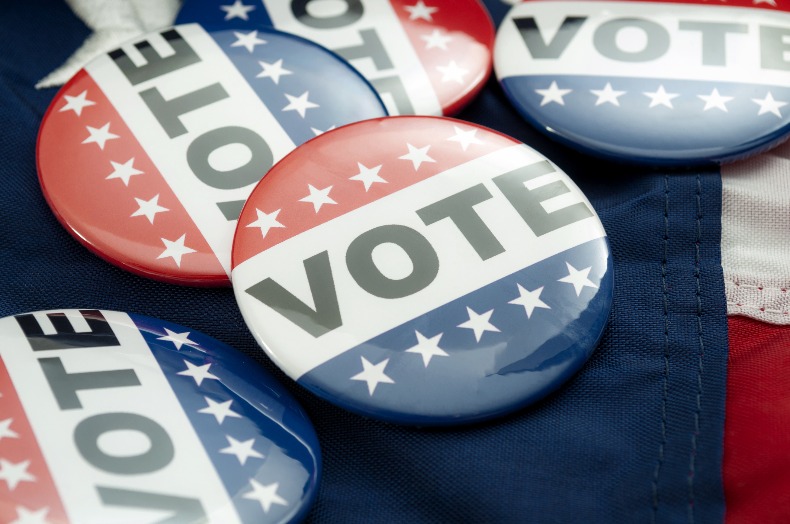 Everyone has their ‘I remember where I was when’ moments. In my lifetime it was the Challenger spaceship explosion (Mrs. Glynn’s second grade classroom); the Berlin Wall coming down (my dad, after work, in his green chair watching CBS Evening News); the Columbine High School shootings (working in the state capital bureau of the Detroit Free Press); watching the second tower of the World Trade Center being hit in real time (the early shift in the Detroit bureau of The Associated Press); the 2005 London bombings (a call from my editor, who thought I was in the UK, while I was vacationing in San Francisco).

Most people, at least in America, will have their ‘I remember where I was when’ moments of the Donald Trump candidacy, inauguration, administration and now re-election campaign – whether they’re part of the MAGA brigade of devoted supporters or the rest of us. But if there’s one thing we all share in common it’s that the unremitting drone of exclamations (mostly in the form of tweets), declarations, threats, counter-threats and retaliation have been exhausting. And that’s before the cortisol yo-yoing of 2020 and the pandemic piled into the mix.

When I started out as a journalist in the late-1990s, I was covering the Michigan State Legislature. While it was thrilling as a young reporter to share a desk on the State House floor with journalists I admired, being a politics reporter mostly meant interminable committee meetings, reading court briefs for something juicy to chase and retrieving faxes or paper press releases from a cubby hole in the basement press room of the capitol building. In other words, it was boring. Political reporters live by the maxim that no one should ever watch laws or sausages being made – it’s a tedious, nauseating business even if it’s necessary.

Don’t get me wrong – I loved my time covering local, state and national politics but it takes a special kind of dork to willingly sit through a four-hour Appropriations Committee meeting while their university friends were still sleeping off their hangovers. They don’t call the White House Correspondents’ Dinner ‘Nerd Prom’ for nothing.

Political reporters live by the maxim that no one should ever watch laws or sausages being made – it’s a tedious, nauseating business even if it’s necessary.

Now I haven’t covered politics or even been a journalist for years but I long for those days of boring politics. The same boring bickering in Congress that ever was, the important but largely boring court pronouncements, one party sniping that the president from the other party shouldn’t have given the leader of Germany an unsolicited neck massage or worn a tan suit. The effectively mundane stuff that occasionally lights up the Washington press corps because the rest of the time covering politics is B-O-R-I-N-G. As it should be.

It could be argued that Trump eventually gained enough traction to land in the White House because news networks were bored of boring politics as usual and gave unprecedented air time to this unprecedented candidate and his antics. In the Midwest, where I’m from, the farmers and Rust Belt city factory workers historically hated New Yorkers like Trump, who were seen as brash, bragging loudmouths who were out of touch and had never done a real day’s work. Yet these are the same voters who turned historically Democrat-supporting blue states like Michigan Republican red.

Suddenly politics wasn’t boring! People who perhaps historically hadn’t engaged in the political process suddenly saw a celebrity they recognised, who proudly sneered that ‘political correctness’ had too long forced people to keep their racism, xenophobia and sexism in check. Admitting to sexual assault was “just locker room talk” and seemingly egging on white nationalists was just being proud of your (white) heritage. Plus maybe it was fun to join a likeminded gang of red MAGA hat-wearing, Trump (or Confederate) flag-flying pals who finally felt like they belonged to something bigger than their high school football team or their church congregation. Maybe it wasn’t really about the politics or the boring daily machinations of government at all.

The week before the 2016 election, I was in Washington, DC, staying with a university friend who had fairly recently left the White House press corps. Two other friends originally from the Midwest who also had been political reporters came for dinner. I had trusted them as reliable sources for what was really happening on the ground in America, while I’d been living in the UK for more than a decade. Who is going to win the election, I asked them.

They all agreed it would be Hillary Clinton, “but it’s going to be much closer than anyone thinks” said the former White House reporter. 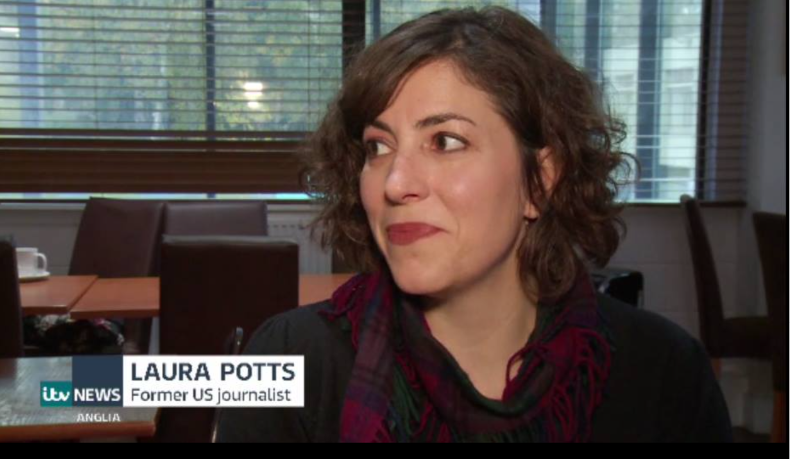 The next day I flew to Michigan. Driving from the airport through the uber-liberal city of Ann Arbor, the Clinton signs were everywhere. But leaving the city limits for the farmland that makes up most of the state, the Trump signs started appearing – often bigger and bolder than any political signs I was used to seeing in election years. Sure enough, the heartland, the ‘flyover states’, helped deliver the election to Trump, and the rest is history.

I watched the election unfold with an American friend in Norwich, as I have most years since Barack Obama’s historic nomination. By the wee hours we were both stunned into silence, but I don’t think the tears started flowing until the shock started to wear off. For me, it wasn’t just disappointment that America wouldn’t go from its first African American president to its first female Commander-in-Chief. It was a deep sense of fear, a gnawing foreboding that what we’d seen in the campaign was going to translate into something worse. Little did I know how much worse it would get.

“He’ll never get in,” I’d said to my British husband, before the Republican convention picked Trump as their candidate. “And even if he did, he’d probably get bored of it or be impeached. Anyway, the American government is built on checks and balances.” That pronouncement seems quaint now, and certainly naïve.

I want a positive ‘I remember where I was when’ moment followed by four years of low drama.

The years since have grown steadily more difficult to endure as an American abroad, helplessly watching the progress the country had made go backward at breakneck speed and civility on both sides of the aisle crumble. Those moments that otherwise would have been ‘I remember where I was when’ for the existential alarm they caused have happened so frequently they’ve blended into a blur. And that was before the worldwide dreadfulness of 2020.

Wildfires, earthquakes and climate emergencies will still occur no matter who is in the White House for the next four years. Terrible things will still happen around the world. But in Washington – in the rest of America – the best thing that could happen would be stultifying boredom. The boredom that comes with the American government churning out legislation like sausages, the boredom of the American president holding press conferences instead of political rallies, where reporters aren’t belittled or ridiculed but afforded the basic right to find out what is being done in our name, with our tax dollars.

I have learned to not get my hopes up, as my optimism has constantly been slapped back by the disturbing reality of the Trump White House years. What I want from the outcome of the 2020 election, ultimately, is for boredom to prevail. Bring back decency, truth, common sense, a devotion to a higher purpose of governing for the people’s interests, not for the benefit of a narrow few. I want a positive ‘I remember where I was when’ moment followed by four years of low drama. Most of all, I just want a government of the people, by the people, for the people. In the most civil, courteous, boring possible way.