A Canadian Canary in Dubai 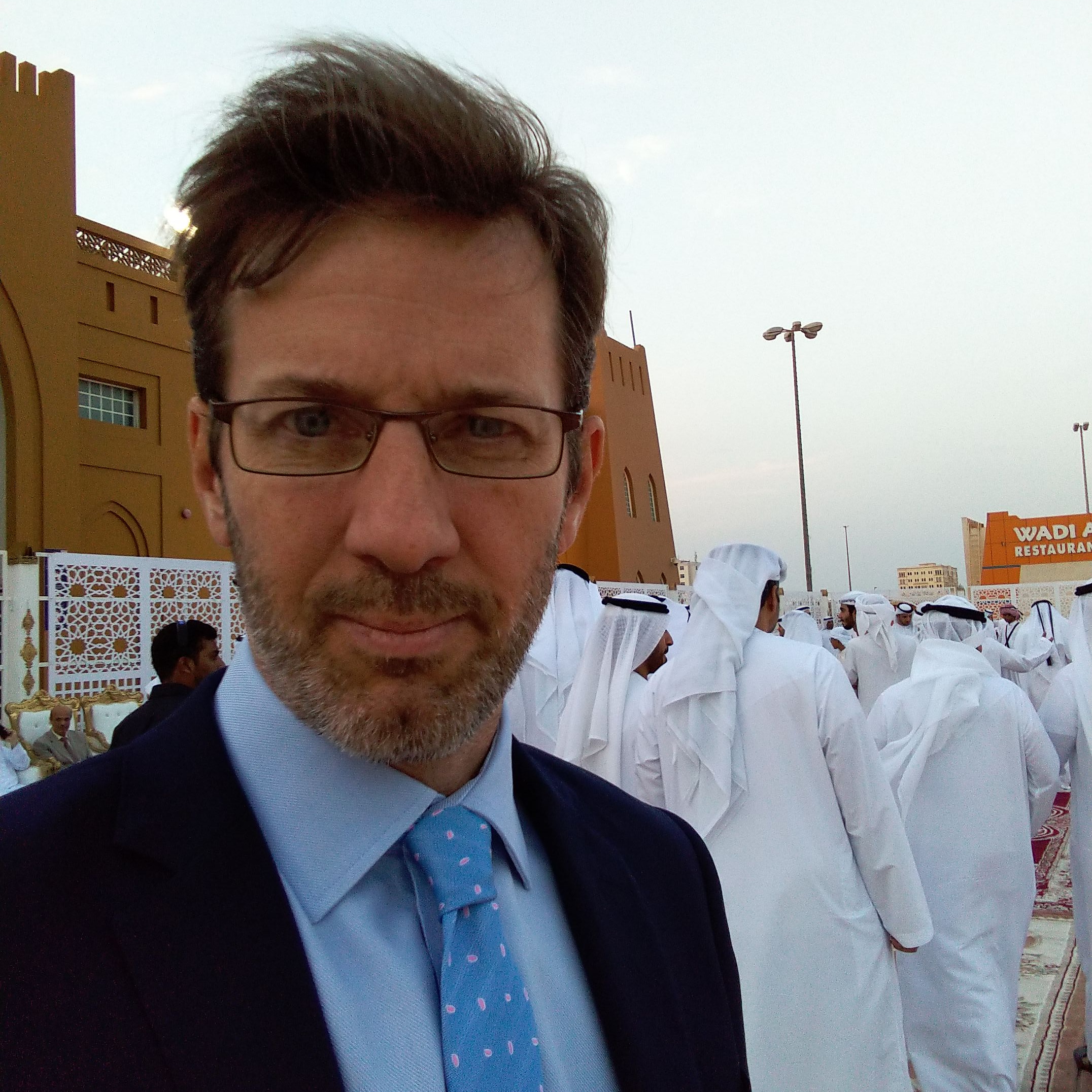 Jay French is the CEO of Matthews Southwest Developments’s Europe, Middle East, and Asia (EMEA) platform. He has worked on high profile real estate projects including the Museum of the Future and the Bee'ah HQ.

Jay gained his bachelor’s degree in economics from Simon Fraser University in Canada and in 1997 came to UEA on an academic exchange, even finding the time to play for Norwich City!

Jay kindly gave his time to speak to us about playing for Norwich City and Canada in the 90s, working on projects with the Dubai Future Foundation, and why being a professional footballer prepared him for a career in finance.

I was living in Constable Terrace and then going to play at Carrow Road – my first game was actually against Ipswich.

How did you come to study in the UK?

My parents are actually from the UK (Newcastle), and so I've always had a deep affinity and a cultural understanding of British culture. Although I was brought up in Canada, my parents always took us to UK for our summer holidays, and so we had a feeling of what it was like for them to grow up in the UK.

I always imagined living there, and I did have a chance to go to Durham University. However, I ended up in Vancouver - Simon Fraser University. I chose there because they provided a full athletic scholarship and the football team played in the NCAA.

I went through four years of varsity football (or soccer, there) and also played for the Canadian national team. I was with the Under-23 Olympic team for Atlanta ’96 and started to get into a network of new people looking to get into professional football. We had conversations about where we would end up. I was approached by Standard Liege and a couple of French teams, but I always wanted to go to England.

I talked to Simon Fraser University, and they told me about the exchange they did - with great partners around the world. They had partnerships with Australian, South African, Dutch, and Scottish universities, as well as British ones. I knew what I needed from my studies in terms of academic credits, and I also wanted to be able to play football. It was important to keep that up as I was graduating into the World Cup pool of players.

With these conversations in mind, I came across the University East Anglia. I went to a meeting and witnessed a presentation from a UEA ambassador that had come over to Simon Fraser. He gave us a really good understanding of what the university stood for, and about the lifestyle in Norwich and East Anglia.

And were you able to keep up your football and your studies while at UEA?

When I arrived at UEA in August, I used my contacts to talk to Norwich City – Ipswich Town seemed a little far away – and they invited me to come down and give it a go. I ended up with the Canaries for about six months.

I was living in Constable Terrace and then going to play at Carrow Road – my first game was actually against Ipswich. Norwich had a really good team at the time, and I ended up moving on to Cambridge United for six months. It was fun to see my name in the newspapers and hear it on the radio, and yet at the time I felt in a small pond in Norwich.

Balancing studies and trying to make away games was a real challenge, but was very enjoyable. The classes were great. I did some economic development work and I had some electives in English literature.

Did you find yourself making more friends within the football crowd or with the university crowd?

A little bit of both. I was kind of pally at the time with guys like Darren Eadie, Danny Mills, and Craig Bellamy. At the same time, I had a lot of friends at UEA. I saw the Norwich City guys at training for a couple of hours at a time, but I lived around my university friends all day.

I loved that UEA was so cosmopolitan, and I met so many people from different walks of life. I still know people from all over the world because of my time in Norwich.

What did you take from playing football professionally?

It means you can understand so many critical elements of what it takes to work as a team. I’ve found that it translates so well into business. You can’t have 11 David Beckhams – you need to have a mix of talents and personalities, and you need to understand your team mates. You have your own roles to play but you still have one collective goal to maintain.

I also think the football cycle focuses your mind – in preseason looking ahead to what you want to achieve and then, at the end of the season, looking back at how you did. You can reset, reboot and refocus. That mentality, again, really helps in business.

So, did you enjoy your time in Norwich?

The whole experience of being in dorms and being immersed into campus life in the UK was great. And then obviously what Norwich had to offer in terms of its pubs, nightlife, and its shops and was fantastic. It was also great to be able to do day trips to the Broads. The people were fantastic, and really friendly.

So how did you go from football to investment and development?

I would have loved to have stayed on at Norwich, but when you have someone like Craig Bellamy playing in your position (when he’s 18 and you’re 23) and he's as good if not better than you, then it becomes difficult to get playing time.

After Cambridge United, I still felt that I had a little bit more football left in me, so I went to Barnet in the Third Division for a little while. I did have a couple of offers to go abroad, back to the continent, but I decided that I just wasn’t enjoying playing a lower level of football. It wasn’t just the football that was different, it was also the mentality.

I happened to meet a guy, also Canadian, who was in Chelsea. I ended up working with him for three years. He worked for the well-known Canadian real estate firm Olympia & York in Canary Wharf, London. So I became an apprentice in both real estate development and finance and investment. And that’s the industry I’ve stayed in.

The first project was working on Norwich Station! So that was a crazy coincidence. We redeveloped all the station and a part of Riverside as well too. I was taking the train back up to Norwich and I knew some useful stuff about Norwich that some of the London guys didn’t know!

Are you still a fan of football? Do you still keep an eye out for Norwich City’s results?

Yeah, absolutely, 100%, although thanks to my parents I am a Newcastle United fan through and through. We actually had a close call of buying the club in 2011, and I almost became the CEO of Newcastle United, which would have been a boyhood dream come true.

But I love seeing Norwich in the premiership and hopefully they bounce back.

The full version of this article, including further insights on a career in development, is available on the UEA Alumni Linkedin Page.