The nature of work is changing radically, with increasing labour market attachment of women, the 2008 recession and new modes of working all contributing to changing working arrangements of families.

Dr Matthew Aldrich (School of Economics) and Prof. Sara Connolly (Norwich Business School) are part of the Modern Fatherhood project, a study that aims to investigate the role of fathers in the 21st century as economic providers and carers, conducted in collaboration with UCL and NatCen. We have investigated the role of policy in this changing labour market, and contributed to the European Institute for Gender Equality’s Gender Equality Index 2019. Our work has uncovered widespread intersectional inequalities, where socio-demographic factors not only determine outcomes, but access, or lack thereof, to policy support intended to protect those who need it most.

In simulations of eligibility rules for family-friendly policies in the UK we found that, of those who are of prime working age and in the peak fertility period, 24% of men and 26% of women would not have access to paid paternity and maternity leave, respectively. Additionally, 12% of women would not even be eligible for maternity allowance – the ‘safety net’ designed to ensure protections for new mothers. For men, ineligibility is due primarily to self-employment, but also insufficient employment tenure. For women, this is additionally due to insufficient pay, as well as the reasons given above. We found that 30% of men and 10% of women also perceive no access to flexible working in their jobs.

Our work highlights that government policy does not reflect modern working and employment practices, with growing ‘self–employment’ and ‘precarious employment’ and households are at a risk of not being eligible for family friendly policies. We also investigated access to parental leave across the EU on behalf of the European Institute for Gender Equality, which led to the creation of two new measures in the EU’s Gender Equality Index.

Since 2013 the dual full–time working pattern, with two full time workers in the household, has become the dominant working arrangement amongst couples with children in the UK, replacing the 1.5 earner model that had previously dominated working arrangements. Other ‘non-traditional’ working arrangements are also on the rise. The predominant factors driving this change were education – particularly women’s education, number and age of children and age of parents. Highly educated women are more likely to be in a dual full–time earners household, whereas low educated women are more likely to be in a sole male breadwinner or workless household. An important shift in the drivers of working patterns has taken place. At the beginning of the decade, households with pre–primary school aged children were less likely to be a dual full–time earners household, but this is no longer the case, indicating that new mothers are returning to full-time work more quickly.

The 2008 recession also impacted family working patterns, reducing the average working hours in the UK. Underemployment resulted in families utilising non-standard working arrangements in order to maintain financial stability. Non–standard arrangements increased across Europe, particularly in the countries that were severely hit by the recession. 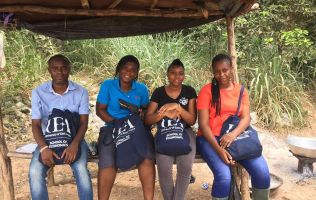