TIM CAYNES WITNESSES THE LAST AND BRIGHTEST OF A LIGHT 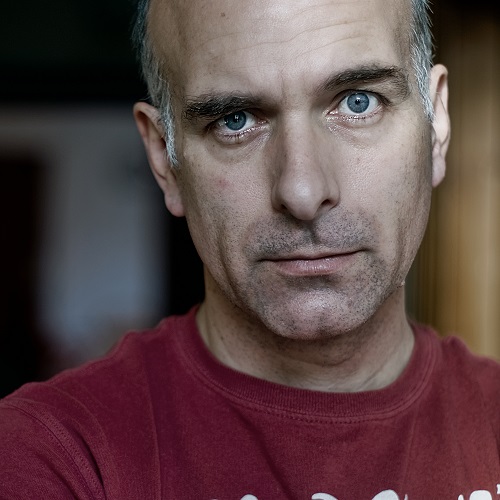 On an evening full of strangeness, I drove out to the Least Charitable Room, as some sort of Mongolian nose flutes played on Future Radio. I gave Zane Lowe a twiddle for the 5 minute drive, only to find that Mr Doherty was croaking all hopeful about Libertines reunions. He was playing in Norwich that night, which, I thought, was right where he should be right now. It was the first of many strange occurrences that would take place during the course of the evening. I'd failed in a number of previous attempts to pin down Sir Doherty, from his period of being a bit drunk on stage and having lots of fights. Grace / Wastelands is a record that meets that Sixth Form objective very neatly, so we should all give him the chance to show us his art in the way he would like us to experience it – that is, before he degenerates much further and crosses that very thin line he treads between Peter Doherty and Shane McGowan.

When you turn up to a venue the size of the Lethargic Clapping Room you might expect to see a couple of 18-wheelers with enormous cables hanging out of them, full of upside-down crates with something like 'bloc party' stencilled on the side. And in your mind, you're already visualising a show of such epic grandeur that you suddenly need to go to the toilet.

Mr Doherty ambles on stage looking just like he's already played for an hour in another room in some parallel universe next door...

So when you actually trip round some dug-up concrete fountain in the misty half-light, and catch sight of a transit van with a couple of coat hangers where the aerial should be, you're not quite filled with that same sense of awe. Still, it is a solo acoustic show, for that is what it do say on the listings, so maybe a transit van is overkill. Notwithstanding this mental setback, I'm making my way through the doors expecting that the room will be the living embodiment of a Facebook page dedicated to underage girls who think ‘Killamangiro’ is that hill what that Cheryl Cole sicked up on. I'm a bit disappointed when in actual fact, the rather less than full room is more of a homburg and cardigan festival. That being said, there does seem to be a healthy contingent of scary stoners, so there might be a good fight later. It does occur to me that there is something inherently wrong about 17 year olds dressed as Tony Hancock. Strangely, the house lights are already down between supporting acts, which is either because it hides the empty spaces quite nicely, or because it really is too distressing to see what everybody looks like when you're standing next to each other in a place like this. A cursory glance around at tonight's hardware shop reveals a curious demographic. Not for this crowd the trusty Motorola, Nokia or Sony Ericsson. Not even the Jesus phone. No, tonight Matthew, we're Jill Furmanovsky. Look, we've all got our digital SLR cameras. Look, there's a canon 450. There’s a d50. Don’t you people just come and watch anymore?

Once I've been to the bar and wandered around, the most discernible of the overheard conversations around me is that of a couple looking wistfully at the door, bemoaning the fact that, apparently, he doesn't come on until 9:15. Mostly the other conversations go something like 'OI OI! PEEETAH! CAAHM ON SAAHN!' accompanied by a much larger bloke posturing, which was good natured in a fearing-for-your-safety kind of way. In fact, as 9 o'clock approaches there’s a strange violent tension building, and at 8:52 we applaud the first beer lob. I suspect it won't be the last. As another expensive-camera-that-my-dad-got-me fires off another flashbulb at the back of someone’s head, there's a flurry of excitement and the sound of one person clapping. There he is. Hang on, no he isn't. Who’s that on stage then? I don't know. I think they're his mates or something.

I tell myself that if I was at the Arts Centre on a Thursday evening watching these three perform their alt.country.uk.banjo licks then I might quite like it, but I'm not, and I don't. The couple stood directly in front of me start extracting each other's teeth with their tongues and that annoying thing happens when you suddenly become a thoroughfare with an invisible drink in your hand. I think the last time I saw a banjo at the Lacklustre Country Room was at Gogol Bordello, but now, people are wondering if they've somehow stumbled into a fairy tent at the Cambridge Folk festival, one full of agitated boors. By song eight we've stopped pretending to clap. Not even a spirited rendition of ‘Teardrop’ can disguise the fact that we'd quite like them to leave. So they do.

In another strange but subtle shift of mood, people are suddenly taking photos of themselves with their best gurning faces and there's even a jovial half-baked slow hand clap being passed around like left-over celery. Another overheard conversation goes something like 'trouble is, first day of tour, he’s been in Norwich all day, gets back here, nothing to do, so he jacks up and gets out', which is plainly totally inaccurate. There's plenty to do here. We're starting to think the whole evening might be another no-show and the agitation creeps back in, making a fight seem the most likely significant occurrence in the next few minutes, which might at least be mildly entertaining in an I-couldn't-possibly-condone-it kind of way. But then, just as you're looking at the football scores on your phone, there he is.

Mr Doherty ambles on stage looking just like he's already played for an hour in another room in some parallel universe next door, and there's nothing short of rapture as he launches straight into song. The collective shriek OMGOMG is almost palpable and overwhelms you for a few seconds, and in that short ecstatic period I'm led to think that right now he is a most curious mix of Bob Dylan and Rodney Bewes. After just a couple of craftily selected singalongs from the back catalogue there's really no stopping him. Anyone who had turned up having listened to ‘Grace/Wastelands’ on repeat, expecting him to be sitting Val Doonican style on a bar stool and just running through the new tracks, really wasted an afternoon. Not that I did that. There was a healthy plundering of all that was and is great about the Libertines, Babyshambles and the erstwhile Pete himself, threaded randomly and with apparent ease throughout the set, for which everyone is spectacularly grateful. The performance effortlessly captivates what might as well be some north London bedroom packed with 1000 mates from down the pub, but there's a nagging feeling that you're witnessing the last and brightest of a light that will surely, sometime soon, go out. At one point during a spirited rendition of something or other, it feels eerily like being at Woodstock.

Then we get a bit bored. Just like that. Even our Peter looks somehow suddenly unclear as to what is actually going on. And he's halfway through it. 'You better be liking this' he tells us, as if to remind us that actually, he's baring his soul, thank you. So he throws himself with much gusto into ‘Killamangiro’ and, for good measure, gives us ‘Don't Look Back into the Sun’, after which there's really no reason to doubt that to the people who paid to be here, he is actually the way, the truth and the light. At least, he's done enough of this to know what makes a great show. The stoners go mental. There’s a fully-whipped frenzy. So Pete sits down for a bit, on the Val Doonican bar stool. But let this not sound the alarm bells of whimsy: he gets up again and gives us a splendid ham-fisted version of the Specials' ‘Gangsters’. All together now. A fat drunk bloke looks at his watch and then looks at me. Oh dear. Not drunk. Funny how people can take a dislike to you just for being taller than they are.

Not even the stage appearance of guests-that-aren't-Graham-Coxon and a banjo reprise can detract from the delightful shenanigans that continued for the next hour or so. As we reached, passed, and waved our private parts in the face of the decibel meter hour, there seemed no end to the spontaneous outpourings of Pete. Even though there were more false endings than the 17th series of Lost we mostly stuck with it, even though some people really had to get their last bus, you know, even though he was doing that song about Kate Moss what I do love. By the strange anticlimactic conclusion to the performance, he really didn't care what was going on. Were it not for the fact that he would have probably collapsed, he would, I'm sure, have continued into the small hours, as if it were some kind of lock-in.

It was a glorious shambles.