This was my first trip to Norwich for a gig. I had heard lots of positive things about the venues here - anyone versed in Manic Street Preachers' history knows about the significance of Norwich Art Centre, but reading the wonderful work of UEA gigs had given me a fresh perspective. In many ways the people there felt like kindred spirits, and were lovely to boot. Some of the current developments at my own institution, the University of Westminster, draw upon their ground-breaking work, including our ghost gigs and found sounds  and Pop Politics and PCL initiatives, so my trip to the East was to be a real treat for me. 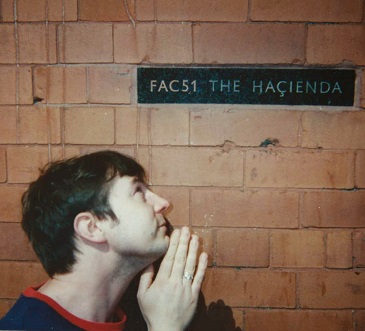 The journey from London started well as I was sat next to Mark Thomas, on his way to a gig at the Playhouse, and we talked pop, politics and much more.

He’s a natural raconteur of course, so the stories flowed. It was a joy to speak to him and hopefully he will be visiting us soon. Pre-gig we decided to sample as many of the delights that Norwich offered us as we could, first visiting surely the finest antique shop/bar crossover in the country at Arboretum and meeting the lovably eccentric proprietors (and their wolf hound). As my companion for the trip was the venerable Spice Monkey, a long-time friend and previously cook to the stars including BB King, the Ramones and Showaddywaddy, we tripped the culinary fantastic at The Tipsy Vegan which was similarly fantastic.

The gig itself was all I expected, and more. Beginning with a trilogy of 'Colossus', 'Never Fight a Man with a Perm', and 'SCUM', the crowd and band were both clearly up for it. Joe Talbot is a fine frontman, controlling the crowd and acting as an intermediary for different groups trying to enjoy the gig in different ways. Whilst the band as a whole are fantastic  - effortlessly walking the line between being both musically tight and loose at the same time - it's Talbot that sets them apart. Beautifully constructed in the first place, his delivery of the lyrics is outstanding throughout. 'Mother'  is a personal favourite and by now we all know the backstory, but he still sings it like it’s the first time the thought has come into his head. The musical accompaniment is suitably, and impeccably, jagged.

Whilst Danny Nedelko has taken many of the plaudits - and why not, the 'Later' performance alone means it enters legendary status, and it's the greatest pro-immigration song since Waving Flags - but Talbot’s delivery of 'Samaritans' that night, and in particular the ‘I kissed a boy – and I liked it’ refrain, is nothing short of incendiary. Celebratory, participatory, inflammatory - recent spats with Sleaford Mods and Fat White Family notwithstanding - songs this vital truly matter and transcend cod class warfare. A superb gig. Here stand the most important band in Britain today. 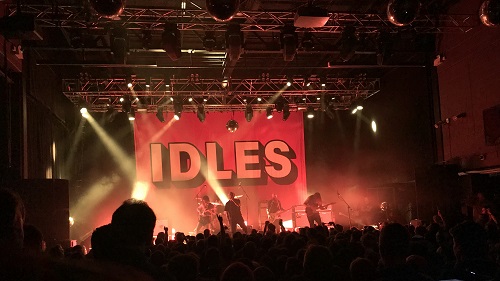 Guy Osborn is Professor of Law at the University of Westminster where he is Co-Director of the Centre for the Study of Law, Society and Popular Culture.  He blogs at Dispatches from the Frontline of Law and Popular Culture and occasionally via his gig/tickets side project Tickets of Distinction. Twitter: @prof_guy_osborn 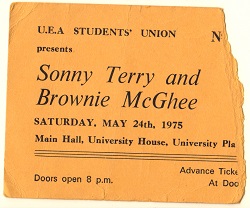