The aim of the Cobden Letters project is to produce by printed publication and online, a complete set of the letters of this prominent British radical, who became a statesman of national and international standing through his leadership of the Anti-Corn Law League and his pursuit of a vision of international peace based on freedom of trade between sovereign nations.

Significance of the project 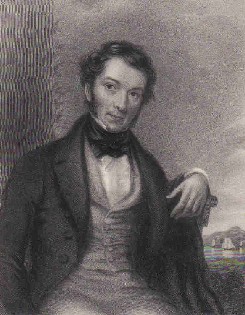 Richard Cobden was arguably the most influential nineteenth-century British politician never to have held office under the Crown. There has been much recent interest in the Anti-Corn Law League, with which Cobden is indelibly associated, but the importance of his correspondence goes far beyond this. Indeed, Cobden was at the heart of a network of radical reformers with interests ranging from free trade to constitutional reform and the preservation of religious liberty.

Cobden did not always share the enthusiasms of his colleagues, some of which threatened the unity of liberal opinion and distracted attention from what he saw as the main issues: artificial restrictions on trade and an interventionist foreign policy. His letters reveal the difficulties which often faced this most independent of politicians. Unlike the Irish agitator Daniel O'Connell, Cobden could rely on no substantial body of personal electoral support, or loyal party of followers in the House of Commons. His prominence was due in large part to sheer ability, energy and force of personality; the letters to his supporters, colleagues and friends allowed him to project these qualities at a distance, providing an extraordinary insight into the thoughts and beliefs of a charismatic and often humorous politician, as well as the complex and dynamic world of mid-nineteenth century radical politics.

However, the importance of Cobden's correspondence is not limited to the history of British radicalism. The publication of all the extant letters will allow scholars access to a more personal side of Cobden through the extensive correspondence with members of his own family. In addition, the collection will make it easier to appreciate and analyse some of the influences that helped shape Cobden's views on social, economic and political reform, including his interest in phrenology and his extensive foreign travels. The latter meant that Cobden had an impressive range of correspondents in Europe and America (whose potential impressed him enormously), making his letters interesting to students of continental liberalism, British foreign policy and Anglo-American relations.

To date over 7000 letters written by Richard Cobden have been located in over 100 libraries and archives worldwide, but primarily in Great Britain and the United States. The largest collections are those in the British Library, the West Sussex County Record Office, and the Manchester Central Library. There are also a substantial number of Cobden letters in the library of the University of California at Los Angeles.

The letters in the British Library were gathered together shortly after Cobden's death as part of an earlier attempt to publish his correspondence. This attempt was frustrated by his wife Catherine, though a large number of letters were printed in John Morley's The Life of Richard Cobden, 2 Vols. (London: Chapman and Hall, 1881). Apart from this, Cobden's correspondence with Mr and Mrs Salis Schwabe was published (initially in French) in 1879, while J. A. Hobson published some of Cobden's correspondence on foreign affairs in his book Richard Cobden: The International Man (London: T. Fisher Unwin Ltd., 1918). In the course of these piecemeal publications copies were made of some of the letters, so it has been necessary to establish a definitive text wherever possible.

The first task of the project was to obtain accurate digital copies of the letters. The major British collections have been transcribed straight onto disk from the original, while microfilm or photocopies have been obtained of letters from more remote archives. Cobden's handwriting is relatively straightforward, though sometimes untidy, especially at moments when Cobden was pressed for time or under particular strain. Nonetheless, there are idiosyncrasies of spelling and punctuation that make the task of transcribing the letters as faithfully as possible a challenging one!

All archives with known collections of Cobden letters have been contacted but the Project is actively seeking to identify uncatalogued or unlisted letters in public and private hands. The project would welcome information on the whereabouts of letters which may have escaped our attention, particularly on the Continent, in obscure British collections, or in private hands. If you know of any such collections, please contact Anthony Howe.

Cobden in the saleroom

Cobden's letters regularly appear in auctions and we would welcome news of any such items for sale. In recent years the project has assisted the acquisition of important collections of Cobden letters by the British Library and the National Maritime Museum and the West Sussex Record Office.