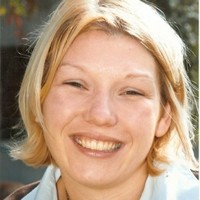 Dr Fraser’s Ph.D. thesis was completed in September 2003 at the University of Warwick, where she also spent her undergraduate years. It explored the emotional lives of the enslaved in antebellum North Carolina, seeking to uncover the realities of their courting relationships and courtship experiences. The monograph based on her PhD thesis, Courtship and Love among the Enslaved in North Carolina, was published in 2007 with the University Press of Mississippi. She also published a co-edited collection concerning the era of Reconstruction with ABC Clio in 2008 as part of their “Perspectives in American History Series”.

Her research is primarily concerned with the ways in which discourses of gender, race and sexuality were articulated and interacted in the context of nineteenth century America. A recent research project concerned transitional gender identity in nineteenth century America, focusing on Sarah Hicks Williams, a middle class woman born and raised in New Hartford, New York, who, in 1853, married Benjamin Williams, a physician and slaveholder from Greene County, North Carolina. Sarah relocated to Benjamin’s plantation following their honeymoon to take on the role of plantation mistress to the 37 or so enslaved peoples there. The monograph, Gender, Race and Family in Nineteenth Century America: From Northern Woman to Plantation Mistress (Palgrave MacMillan: 2012) concerns Sarah’s experiences of transition: from North to South; “true woman” to “southern lady”; single young woman to wife and mother.

Her new project concerns black female intellectuals in nineteenth century America. Seeking to expand the definition of the “intellectual” to incorporate those who have thus far been excluded from this term, her research includes a focus on black artists, Edmonia Lewis (sculptor) and Harriet Powers (quilt artist); novelist and journalist, Julia C. Collins; and newspaper editor and civil rights campaigner, Mary Ann Shadd Cary, alongside names we are more familiar with such as Frances E. W. Harper, Sojourner Truth, and Maria W. Stewart. She has published select pieces on this research already, the most recent being “Lets us Begin Life Anew, and Learn to Live in Earnest! (Julia C. Collins, “Life is Earnest”, (Jan 7th 1865): Free Black Women and the Challenges of Freedom in the Civil War Era,” in The Civil War and Slavery Reconsidered: Negotiating the Peripheries edited by Laura Sandy and Marie Molly. New York and London: Routledge, 2019 and “ ‘I Must Speak, I Must Think, I Must Act.’ [Laura Simmes, 1864] The Christian Recorder, Literary Activism, and the Black Female Intellectual.” Slavery and Abolition, (Dec 2018). She is currently working on a forthcoming monograph, Born to Bloom Unseen? Black Female Intellectuals in Early Nineteenth Century America alongside an edited collection in relation to the Black Female Intellectual in Historical and Contemporary Context project. 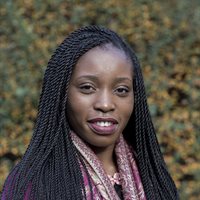 Dr Imaobong Umoren studied a BA in History and MA in World History and Cultures at King’s College London before moving to the University of Oxford where she gained her DPhil and spent a year serving as a Fulbright scholar at Harvard University. She subsequently took up a Career Development Fellowship jointly held with Pembroke College and the Oxford Research Centre in the Humanities research programme Women in the Humanities.

Her research interests include the intersecting history of race, gender, migration, and religion in the nineteenth and twentieth century Caribbean, US and global African diaspora. Dr Umoren’s research has been supported by numerous bodies including the Arts and Humanities Research Council, the Library of Congress and the British Academy.

Dr Umoren's first book Race Women Internationalists: Activist-Intellectuals and Global Freedom Struggles (University of California Press) was published in 2018. She is currently at work on a new book project about the life and politics of Dominica's Eugenia Charles, the first female Prime Minister in the Anglophone Caribbean.