It’s 19 years since Jeff Astle’s death aged 59 - why has it taken so long for football to react to the link of heading, concussion and dementia?

Former professional footballer Mark Bright has joined the UEA SCORES Project as an official ambassador. We speak to Mark about why he is supporting this vital research into the link between heading the ball and dementia. 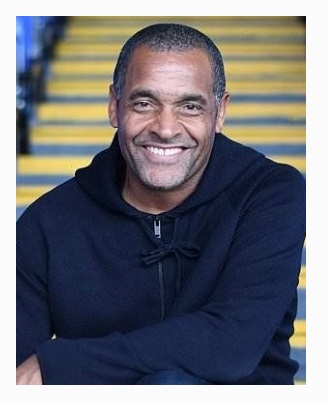 Mark, tell us a bit about your career in sport?

I started playing football when I was in school. After leaving, I got an apprenticeship as a hydraulic engineer, but played football on the side for Leek Town. In 1981 Port Vale asked me to join them, and I signed a professional contract the next year. During my time at Port Vale I scored 10 goals in 20 games, before being bought by Leicester City. From there I moved to Crystal Palace where I stayed for six seasons and played in the FA Cup Final. After Crystal Palace I moved to Sheffield Wednesday for four years, did a brief stint in Switzerland, and then finished with Charlton for two seasons. Overall, I played in 570 games, two FA cup finals, and one league final, and scored 217 goals.

When did you first become aware of the issue of dementia in sport?

I first heard about it over 18 years ago through the news about Jeff Astle, a footballer who died from a degenerative brain disease thought to be caused by repetitive heading of the ball during his career. At the time I didn’t give it too much thought, I put it down to using the old balls which were much heavier – even heavier when they were wet – and thought that I’d be fine. But then I watched the film ‘Concussion’ with Will Smith, about head trauma in American football players and started to think more about it. It really brought it home that I’d done a lot of heading in my time, and that maybe it was something I should look into.

How did you hear about the SCORES project and what made you want to join as an ambassador?

An article popped up on my news feed about Michael’s research, and I saw that they were looking for ex-professional footballers to get involved. I thought – you know what – this is my era, I tick all the boxes, and I could really make a difference here. I got in touch with Michael to find out more and it went from there.

I was obviously interested in tracking my brain health given my history of heading, but I also wanted to support the wider research and try and make things better for the next generation of footballers. I think we owe it to them to make things safer, to learn from our mistakes and not bury our heads in the sand.

The more footballers who sign up  - the more data Michael and his team have to work with, and the more chance they have of making a difference. So I started working through my phonebook, sending a link to sign up to all the players I used to play with and some of the female footballers I knew. The SCORES team then suggested I become an ambassador, to use my voice to help get the project out there, and that’s what I hope to do.

What would you like to see happen to safeguard footballers and other athletes as a result of this research?

Someone asked me what football would look like if they banned heading, and my response was - like anything else, football would have to adjust, just like it did when they banned backpasses to the goalkeeper. But no one is asking for heading to be banned just yet, we want to see what the research shows and use the results to take sensible measures to protect players. It might mean that players don’t practice heading, or that the age limit on heading the ball goes up – it’s all about managing risk. Any professional sportsperson knows there’s an element of risk in what they do, whether it’s injury or problems that need managing in later life. But if the risk becomes too high, even fatal, then that changes things. You have to work on results, that’s why this study is so important, so we can figure out what the risk is and manage it.

What would you say to those considering taking part in the trials or donating to support the research?

It’s 19 years since Jeff Astle’s death aged 59 - why has it taken so long for football to react to the link of heading, concussion and dementia? And the growing number of players who are now being diagnosed with dementia is alarming, former England captain Dave Watson is one of the latest.

Hopefully, the SCORES study will provide some answers, but we need to act quickly. If anyone can then they absolutely should get involved – both in the trials and helping to fund the research.

Anyone who played football against me hits the right demographic. We’re a generation of footballers where heading and heads clashing was the norm, and concussion is probably something you’ve experienced even without knowing it.

And if you can’t take part in the trials, you can still make a huge difference. We need to raise the money to roll the research out nationally by 2025. Your support will help the younger generation of footballers, and other professional athletes, and make sure they don’t suffer unnecessarily.

Can you help us score one against dementia?

If you would like to discuss a gift to support this vital research, please contact us at giving@uea.ac.uk

To find out more about the project or to take part in the trials, please visit www.scoresproject.org/