With the global growth of smartphone (and similar device) usage, attention has turned to the quality of images achieved through such devices. Spectral edge, a spin out company from UEA, has developed technology that improves pictures and videos on mass market devices in real time without the need for special filters or apps.

Spectral Edge was spun out of UEA in 2014, building on research from the Colour Lab in the School of Computing Sciences at UEA. Led by Professor Graham Finlayson, they developed image-enhancement technology that enabled computers, TVs and other devices to improve colour saturation for both colour blind and colour normal viewers.

Spectral Edge has subsequently become a fast-growing deep tech company combining cutting-edge image processing with machine learning to improve pictures and videos on mass market devices with a variety of applications. Their patented IP is embeddable and can be implemented in software or silicon. The technology behind the process can be used across a range of potential applications that rely on image quality for either functions or aesthetics.

Initially the company launched image processing technology Eyeteq which enhances digital screens to improve the viewing experience of the UK’s 2.7 million colour blind people. Eyeteq subtly modifies colours on the TV, tablet or smartphone so that colour blind people can easily tell the difference between colours without affecting the viewing experience for colour normal viewers.

More recently, the company has diversified its product range and has two distinct families of products: 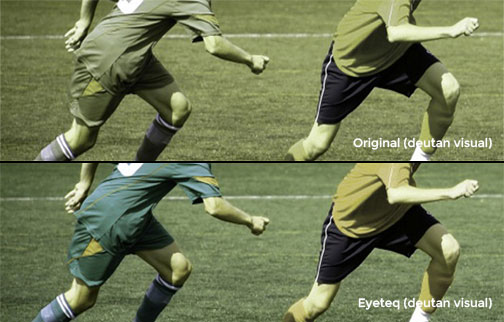 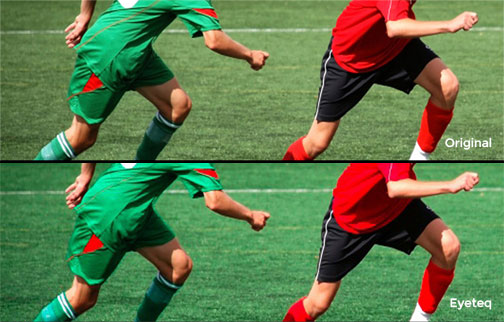 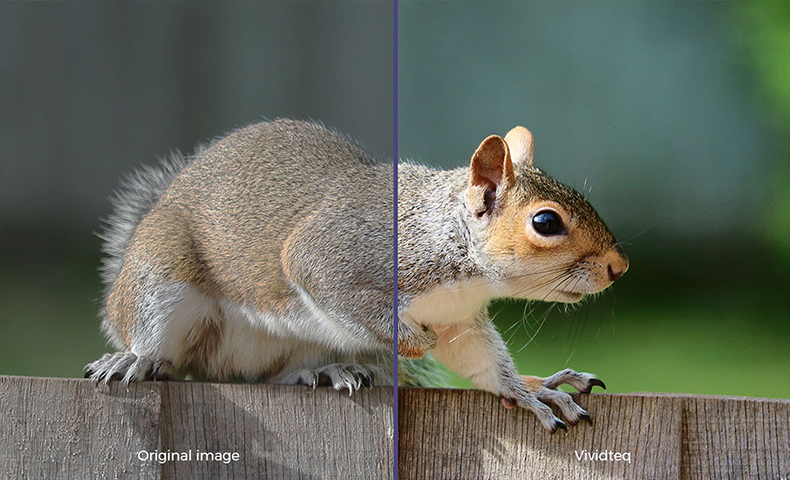 Example of image with Vividteq applied 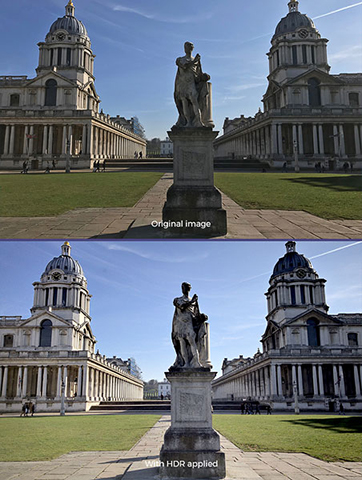 Example of Image with HDR applied

Another potential application of Spectral Edge’s technology is to improve image quality for autonomous vehicles in the Automotive industry. There are already cameras in vehicles to aid with reversing and dashcams to aid drivers but with autonomous vehicles there could be serious consequences to poor image quality when there is no driver to rely on. Spectral Edge’s image processing technology could in theory improve the effectiveness of the cameras by improving colour contrast for better visibility and identification of objects for instance, people, animals and sign posts. This area is in very early stages of development.

Now based in Cambridge, Spectral Edge is a company that is thriving. In 2017, they raised £4 million in funding from existing investors Parkwalk Advisors and IQ Capital enabling them to double the size of their team. They currently employ 14 people mostly in research and development and software engineering and are continuing to grow. Their relationship with UEA remains strong:

"Spectral edge only exists because of UEA. We spun out of the University and core members of our team came from the same place. UEA has been the key reason we exist and are prospering."

Professor Graham Finlayson is the Chief Science Officer and is mainly based at UEA. Two of their research and development staff – Dr Alex Hayes and Dr Roberto Montanga – completed their PhDs at UEA as part of Professor Finlayson’s research team.

Spectral Edge is not Professor Finlayson’s first successful venture with his previous spin out company Imsense being sold to a blue chip industry major in 2010. The Chairman of Spectral Edge – Dr Robert Swann – is a noted entrepreneur and investor:  Alphamosaic (of which he was co-founder) and other companies Swann has been involved with have been acquired by Google, Intel and others.

The success of Spectral Edge illustrates how innovative research can have a real world impact providing a catalyst for innovation and change resulting in the creation of new products with real world applications.

What’s next for Spectral Edge? Their goal is to be embedded into millions of handsets and other consumer goods by the end of 2019 something which they are on target to achieve.