Wildlife conservation on land that is also economically viable is possible, according to a new study involving the University of East Anglia.

The Pantanal, a vast wetland in central South America, is considered a stronghold for jaguar (Panthera onca) conservation. Far from an intact wilderness, the Pantanal has been occupied by cattle-ranching activities for more than 250 years.

In this study, the authors show how, despite centuries of economic use, the Pantanal manages to reconcile healthy jaguar populations with an activity that often sees this big cat as a threat to livestock. 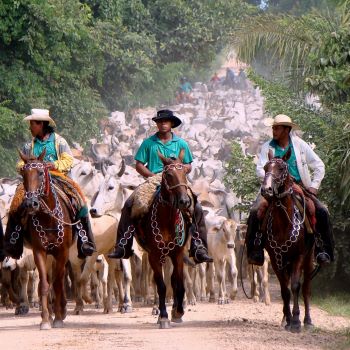 The paper, published in the journal Scientific Reports, maps the economic use of the Pantanal and how this links with high-quality habitat for jaguars. The findings show that the areas of highest cattle density are not the most suitable for jaguar habitat, but those areas used for ecotourism lodges are. Ecotourism sees jaguars and other Pantanal wildlife as economic asset attractions.

The researchers found that with the expansion of ecotourism in the Pantanal in areas suitable for jaguars, a landscape of tolerance is created, where the species is no longer persecuted or killed.

Lead author Dr Fernando Tortato, a former UEA PhD student who is now a scientist with wild cat conservation organisation Panthera, said: “This study shows an optimistic scenario for jaguar conservation in one of the world's largest wetlands. The Pantanal offers the opportunity to reconcile long-term conservation of the jaguar with economic activities.” 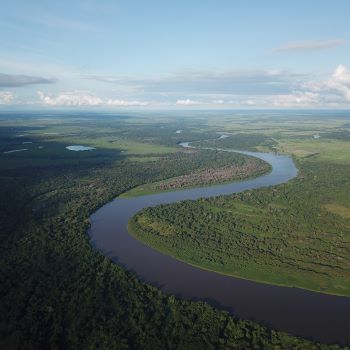 The overlap between high cattle density and high-quality jaguar habitat has been ensured until now by the hydrological regime of the Pantanal, which during the flood season inundates vast areas and prevents any economic activity. Traditional extensive cattle ranching in the Pantanal has occurred over centuries, in which cattle herds are managed according to the floodwaters.

However, climate change is leading to severe droughts and wildfires, which threaten the Pantanal. Recent wildfires have advanced in priority areas for jaguar conservation. As the droughts become more severe, seasonal flooding may no longer be a limiting factor, thereby paving the way to intensive beef farming across the Pantanal.

With these new threats, the authors say it is critical to ensure the economic viability of traditional cattle ranching in the Pantanal that has coexisted with wildlife in the area for over two centuries, and promote the expansion of ecotourism so that jaguar populations can continue to thrive there.

Co-author Prof Carlos Peres, of UEA’s School of Environmental Sciences, said: “Although many tropical wetlands are now walking a tight-rope in confronting both agricultural intensification and wildfire encroachment, this study shows how wildlife conservation can be reconciled with viable economic activities in private landholdings that can ensure the future of the Brazilian Pantanal as we know it.”

‘Reconciling Biome-Wide Conservation of an Apex Carnivore with Land-Use Economics in the Increasingly Threatened Pantanal Wetlands’ is published in Scientific Reports on November 23.

Earthquakes and rainfall lead to increase in landslides in Nepal

Earthquakes and extreme rainfall can lead to a six-fold increase in the rates of rainfall-triggered landslides occurring during Nepal’s monsoon season, according...

Programmes aimed at supporting employees’ health and wellbeing can also benefit their social relationships and reduce bullying, according to a new study...

Flavoured vapes are much less harmful to young people than smoking, and could help teen smokers quit tobacco – according to new UEA research.

Scientists from the University of East Anglia have been named in the annual Highly Cited Researchers list for 2021.

The Enterprise Centre at the University of East Anglia will feature in an exhibition at COP26, as one of the most exemplary sustainable building projects in the...

The November edition of UEA's Chemistry Magazine is now available.