New research led by BirdLife International, the University of East Anglia (UEA) and British Antarctic Survey highlights how a proposed network of marine protected areas could help safeguard some of the most important areas at sea for breeding Antarctic penguins.

The findings, published today in the journal Frontiers in Marine Science, show that if all the Marine Protected Areas (MPAs) proposed around Antarctica were adopted, the permanent conservation of high-quality areas for a flagship group of Antarctic wildlife – the penguins – would increase by between 49% and 100% depending on the species.

The Southern Ocean surrounding Antarctica is home to thousands of unique species, including seals, whales and four species of penguins – the Adélie, Chinstrap, Gentoo and Emperor. Many of these feed on krill, tiny shrimp-like crustaceans, which are also the target of large commercial fisheries, who harvest them for a variety of krill-based products including fish food.

Penguins are often considered an indicator species whose populations reflect the state of the surrounding marine environment. However, many vital penguin habitats remain unprotected, leaving them susceptible to human-related threats such as pollution, overfishing and climate change.

Known as Important Bird and Biodiversity Areas (IBAs), they are used by at least 1% of a species’ global population. They represent important foraging grounds, surrounding breeding colonies of several thousands of individuals when penguins congregate to raise their chicks. 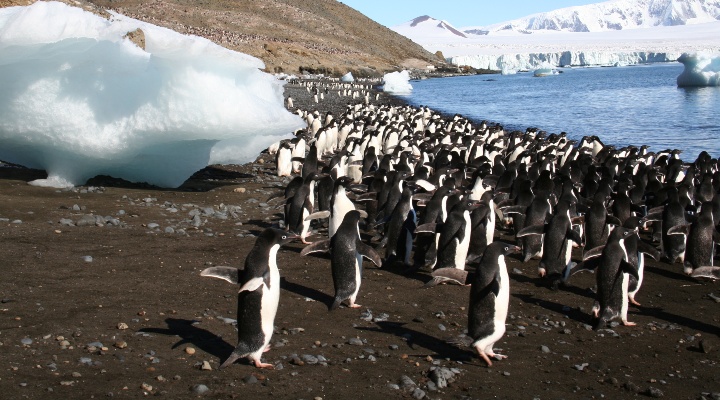 The international team also examined krill fishery activities over the last 50 years and found that while its range of operation has contracted, a consistently disproportionate amount of krill is being harvested within the globally important areas for penguins compared to the total area in which the fishery operates. The results align with other studies which show that krill fisheries might be directly competing with penguins for crucial foraging resources.

“Our findings provide critical evidence about the location and relevance of some of the most important areas globally for chick-rearing adult penguins breeding in Antarctica and nearby islands,” said lead author Dr Jonathan Handley, of Birdlife International.

“Over the past five decades, krill fisheries have concentrated into a small number of areas in Antarctic waters, some of which we identified as important penguin foraging grounds. This poses a likely threat for several penguin colonies, especially when they are rearing chicks.”

The convention envisioned the creation of a network of MPAs around Antarctica since 2002, but since 2016 only two have been implemented. Three more have been under discussion for several years but members have not been able to agree on their formal designation.

Co-author Dr Aldina Franco, of UEA’s School of Environmental Sciences, said the new study supports the adoption of the proposed MPA network: “Recent studies have shown that krill fisheries could be directly competing with penguins for critical food supplies. The proposed Marine Protected Area network, which has recognised go/no go areas for krill fisheries, can help guarantee that enough krill is available for penguins.”

Marie-Morgane Rouyer, who jointly led the research while a Masters student at UEA, added: “Marine resources need to be managed in a sustainable way if we are to guarantee the existence of these emblematic penguin species in the future.” 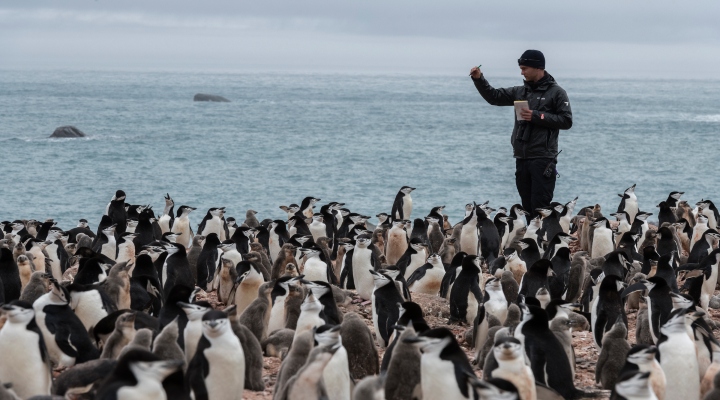 The researchers identified new IBAs that are important for the conservation of Antarctic penguins and examined the overlap with existing and proposed MPAs. They found that Adélie and Emperor penguins currently have 27-31% of the important areas within adopted MPAs, but no Gentoo’s IBAs and only 1% of Chinstrap’s are within them.

If all proposed MPAs for Antarctica are adopted then an average of 80% of the important areas for penguin conservation would be within an MPA. This highlights the importance of the proposed network, which ultimately could benefit not only Antarctic penguins, but some of the most unique wildlife on Earth.

The research was funded by the Pew Charitable Trusts.

The impact of the COVID-19 pandemic on public mental health and on health and social care staff working in the community is explored in a new digital exhibition...

UEA to share life sciences resources as part of ELIXIR-UK

UEA is now part of a UK-wide infrastructure of life sciences resources, which will make it easier for scientists to find and share data in the area, exchange...

Academics from the University of East Anglia (UEA) have launched a campaign encouraging those receiving a COVID-19 vaccine to support the global response to the...

A film co-created by a University of East Anglia (UEA) academic focusing on survivors of domestic abuse and the people who support them is set to reach a global...

Adolescents living in care could benefit from access to ‘life story work,’ to understand more about who they are and how their experiences have shaped them.