THE ENTHUSIASM, THE LEARNING, THE DISAPPOINTMENT

The mutual aid response during the pandemic: three very different things we learned 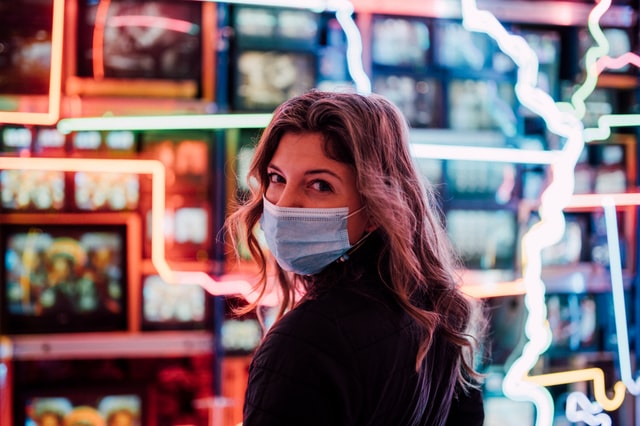 The Institute for Volunteering Research (IVR) explored the role of mutual aid associations during the COVID-19 pandemic 2020/21 in Kensington and Chelsea. As part of the project ten mutual aid association organisers and volunteers shared their experiences. The picture that emerges from those conversations is complex and rich, suggesting some prominent themes.

Looking back at their involvement, the tenor amongst the mutual aid association organisers and volunteers we spoke to was that their activities were absolutely the right thing to do, something to be proud of, something inspiring. However, what begun for many volunteers as a beautiful and empowering experience, ended with some feeling overwhelmed or overburdened and also disillusioned by the disagreements between factions within local institutions and within the local population that were inevitably reflected within some of the mutual aid associations.

The first few weeks of the lockdown after 23 March 2020 saw tremendous activity and achievement from the mobilisation of possibly up to 2000 volunteers through quickly established new mutual aid associations in Kensington and Chelsea. Those volunteers connected via social media at the speed of emails and Facebook posts, using WhatsApp to bring together people with different skills. They worked flexibly over many hours a day and helped not just delivering food and medicine to some of the most vulnerable who could not leave their homes, but also provided reassurance to the community that no one was being left behind. For the volunteers themselves the speed and achievement of this movement was inspiring, making them feel connected to their community and giving them a clear sense of belonging and purpose, at a time that was emotionally challenging for many.

The skills volunteers, many on furlough, brought to this joint effort enabled them to quickly build systems to match hundreds of volunteers to tasks. As the weeks went by, they were also increasingly collaborating with organisers with experience and standing in existing statutory and charitable bodies, for example, to put together safeguarding policies and gathering guidance from many different sources. While the movement remained largely non-hierarchical it quickly became bureaucratic. This was seen as necessary because the needs the volunteers addressed were far more complex than those originally met with the simple delivery of food and medicine. With the many positive encounters came those where volunteers or beneficiaries needed more sophisticated processes and support in order to be kept safe.

Organisers and volunteers spoke of the personal toll involvement in the mutual aid association activities took. Some felt a heavy responsibility and stress as their knowledge of the risks involved and the challenges of managing them grew and persisted over weeks and months, recognising that things could go wrong and that they had to be careful. Beneficiaries were not always appreciative, and, on the contrary, might take their anger or frustration at a lack of state support out on the volunteers. Furthermore, non-hierarchical working was challenged when polarised positions and ideologies, that were common from the beginning, but were suppressed in favour of meeting urgent needs, began to re-emerge as the most immediate need receded. At its worst some volunteers experienced the effects of bad neighbours, as they felt bullied online. And so, once the first immediate desperate need had been responded to, volunteers began to remove themselves from the movement for this reason, as well as a result of returning to work and other calls on their time.

The COVID-19 crisis has raised the profile of mutual aid associations, in particular their capacity for immediate emergency responses, in contrast to a delayed central government response. The research suggests that neighbourliness as displayed during the pandemic is indeed a great expression of our common humanity, but it may not be a simple answer to the systemic problems our communities face. The organisers and volunteers we spoke to reflected that much needed to be learned from their experience to inform how mutual aid can work, how ongoing need may be addressed and also how communities might be better prepared for future emergencies.

For a fuller account of mutual aid organisers’ and volunteer’ experiences and views see the IVR WORKING PAPER.

Let us know what you think by emailing info.ivr@uea.ac.uk

Photo by Heather Morse on Unsplash