Our 145 hectare campus has many varied habitats, including five County Wildlife Sites, and is home to over 5,700 species. 50 hectares are also within the Higher Level Stewardship (HLS) scheme to deliver significant environmental benefits over 10 years.

We declared a joint climate and biodiversity emergency on World Environment Day, 5 June 2019.

Congratulations to our Grounds Team, who achieved the Green Flag Award in 2017, 2018 and again in 2019. This national award is a sign that a space boasts the highest possible environmental standards, is beautifully maintained and has excellent visitor facilities.

The Green Flag assessors reported that “the lake, meadows, riverside and woodland are brilliant areas of the campus, providing excellent habitat areas for numerous species of plants and animals”.

We now join a list of only 20 other universities who have achieved this standard. Professor David Richardson, Vice-Chancellor, said, "We're very lucky to work on such a beautiful campus, and conserving and developing it has always been important to us. That's why I was delighted when I learned we’d been awarded a Green Flag in recognition of our high environmental standards and the excellent habitats we provide."

Our grassland areas are some of the richest in plant life but also the most heavily used for recreation. By interspersing the long grass with paths, both the conservation and recreation needs have been met.

There has been a steady increase in biodiversity in these areas, with a reduction in vigorous weeds and replacement by fine grasses and flowers. The tussocks left over winter also provide food and homes for voles, which in turn become prey food for kestrel that can be seen all winter feeding in these areas. 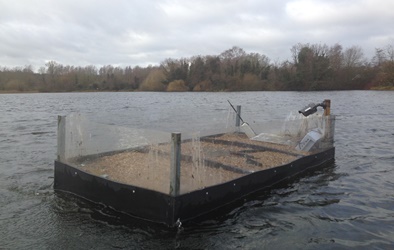 In 2015, Dr Iain Barr and the Grounds Team launched our tern nesting platform on the Broad.

Constructed on site, and containing around a tonne of pea shingle, the raft is anchored in the Broad. Although it didn’t support any nests in 2015, there was interest from several adults leading to successfully nesting birds from Spring 2016. 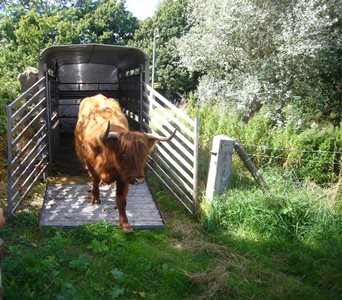 Cattle return each June, and graze the Fen until around November to maintain the structure and composition of the marsh habitat and manage encroaching scrub.

As well as habitat maintenance through grazing, the cattle dung both fertilises the soil and provides a new habitat that increases insect biodiversity. This benefits other areas of the food chain. 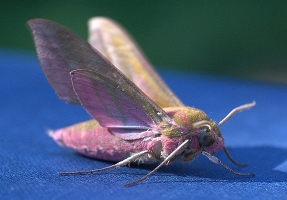 Nearly 1000 species on campus are butterflies and moths, making this one of the most diverse groups of insects here on campus.

Our biodiversity puts us on a par with nature reserves such as Strumpshaw Fen, a nature reserve around 6 miles east of Norwich that is managed by the Royal Society for the Protection of Birds (RSPB). 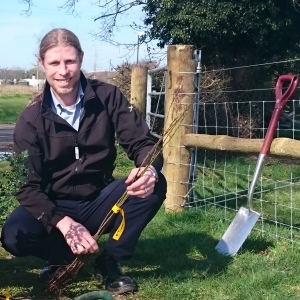 HLS is a competitive scheme targeted at priority habitats and species. Any farmer or land manager can apply, but not every applicant is accepted. Agreements are allocated where they are likely to achieve most environmental benefit and represent good value for money, ensuring that funds are spent on national priorities.

Tom Everett is our Landscape Manager. He and his team deliver on the requirements and documentation required to maintain the HLS at the university.

Our grounds comprise a wide variety of habitats, and host huge biodiversity. The recent 2014-16 biodiversity audit followed on from the 2009-11 audit, which recorded around 2,600 species. Interim audits 2011-14 focused on specific group or habitats.

The below results are the product of thousands of hours and the efforts of hundreds of people over several decades. Researchers from our School of Biological Sciences have recorded 5,793 different species on campus to date. 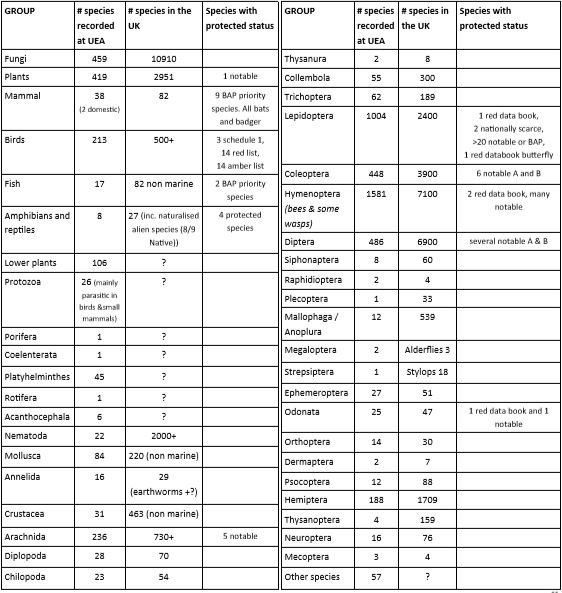