NEGOTIATING THE FUTURE: THE UK’S REPOSITIONING IN EUROPE 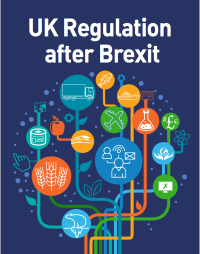 The outcome of the UK’s negotiations with the EU will have far-reaching consequences for the UK’s relationship with its European neighbours.

The aim of this project is to examine and communicate research on the negotiations between the UK and the EU, the UK’s relationship with the European Union, and the UK’s broader relations with ‘Europe’. The first phase of the research will be to follow the Article 50 negotiations, to examine the positions taken by the two sides, and to explore the implications of the various scenarios. Thereafter, the focus will be on the interaction between the UK and the EU, the UK’s wider repositioning in Europe, and the impact on the UK and EU sides. The research will pay particular attention to the positions and action of the EU institutions and the EU-27, which are often overlooked or downplayed in coverage of Brexit in the UK.

The findings of the research will be published in several forms, including blogs, podcasts and academic articles, and will be accompanied by a series of animations. A programme of events – national, international, regional and local – is planned.

Listen to our Podcast series

The University’s new undergraduate degree course, Broadcast and Multimedia Journalism BA, has been awarded professional accreditation by the Broadcast Journalism...

The future relationship with the UK is far from the top of the political agenda in EU states a new report from academic think tank UK in a Changing Europe finds.

A University of East Anglia (UEA) researcher will jointly lead a project to improve elections around the world, thanks to a grant of nearly $193,000CAN.

The UK is still not in a position to assume responsibility for regulation in several critical policy areas including trade, crime and the environment, according...

With investigations continuing into the shootings overnight in Vienna, a professor of international politics says the media should be “careful in labelling the...

Negotiating The Future EU-UK Relationship. What Is At Stake?

‘NEGOTIATING THE FUTURE EU-UK RELATIONSHIP.  WHAT IS AT STAKE?’

A one-day conference that brought together expert commentators to assess what is at stake in the second phase of EU-UK negotiation, to examine the positions of key actors, and to contemplate what lies beyond.

Brexit: Where Are We Now? Ask An Expert

"Brexit: where are we now? Ask an expert”

Our two events, organised by Professor Hussein Kassim under his Senior Fellowship under the ‘UK in a Changing Europe’ programme, offered the chance for people from Norwich and Norfolk the opportunity to put their questions to a panel of independent experts. 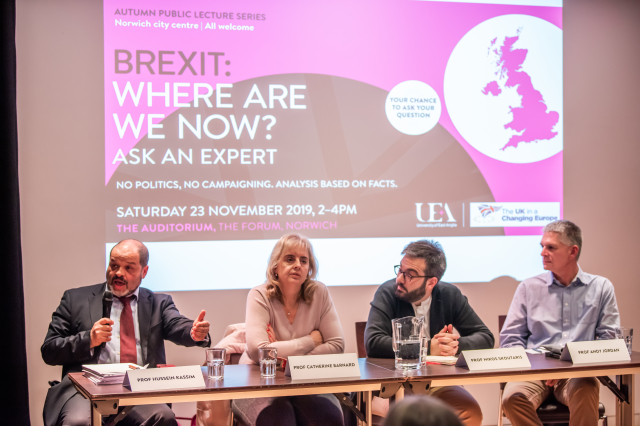 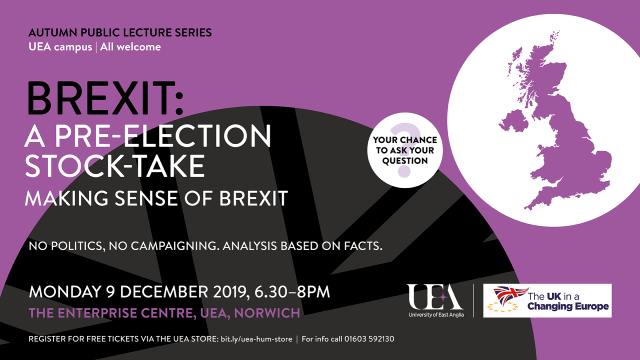 Panellists at the event on 9 December at The Enterprise Centre, University of East Anglia, included

The panel was chaired by Annabelle Dickson, Political Correspondent, Politico.

Topics covered included: trade and future ‘red tape’ within the UK and between the UK and the EU, the civil service, the Irish border, the domestic debate about Brexit in the UK, and the perspective from Brussels.

The event was reported by BBC 'Look East' on 9 December.