He is best known for his “Kitchen Chemistry” science shows. He has performed these shows around the world, to a range of audiences along with workshops for teachers and science centre staff, and science busking for the general public.

Prof. Ashworth started communicating science having successfully applied for an EPSRC grant in the pilot programme for the Partnerships for Public Understanding call. This allowed three demonstration lectures on aspects of EPSRC funded research to be developed. Along the way a chance meeting led to an invitation to present at Scifest Africa in 2008. This relationship has continued and deepened. Along with regular contributions to the programme, Prof. Ashworth is a member of the Advisory committee and was the Curator of the festival in 2019, the International Year of the Periodic Table.

There are a range of lectures, workshops and activities but Prof. Ashworth is best known for his Kitchen Chemistry science shows. These have now been performed at science festivals, schools, and to a range of other audiences in more than a dozen countries around the world. Conference invitations have taken him as far afield as New Zealand. He not only works closely with Scifest Africa, but also Norwich Science Festival and the International Office at UEA.

The philosophy behind Kitchen Chemistry is to show how chemistry works by using readily available materials and unsophisticated equipment. The materials and equipment are usually available in supermarkets, pharmacies and hardware stores, although some regional variations require the occasional adaptation. Some props are required for the large stage which replace less sophisticated equipment that could be used, for example, at home. 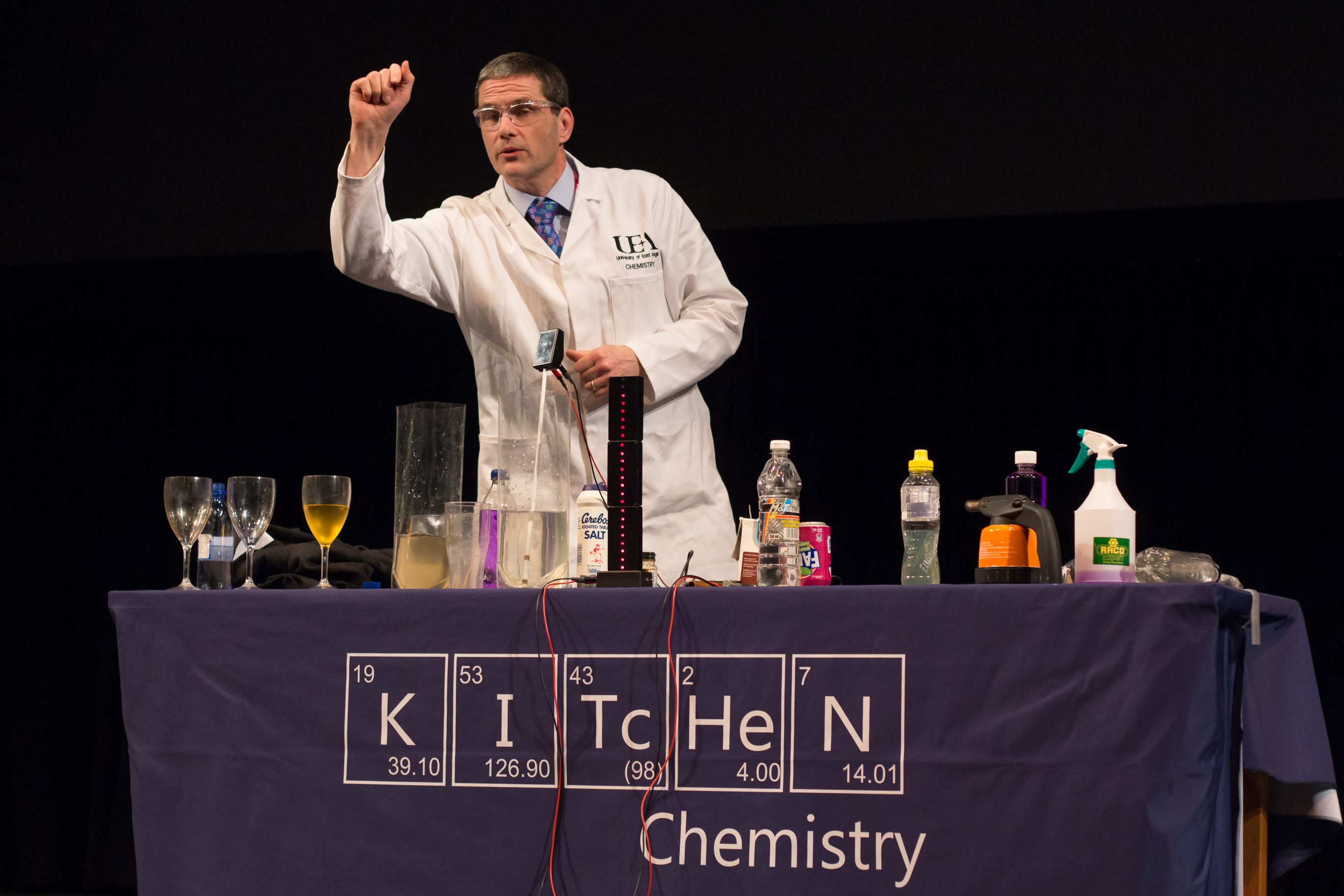