... and what they could mean for the Brexit negotiations

By Robert Csehi, lecturer and post-doc researcher at the Bavarian School of Public Policy at the Technical University in Munich 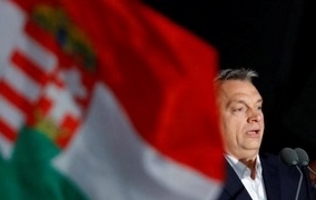 Viktor Orbán and his party, Fidesz, has won the 8 April parliamentary elections in Hungary. Orbán’s third consecutive electoral victory came hardly as a surprise. Nevertheless, the yet another two-third majority of the incumbent government still stunned commentators, politicians and publics alike. The question addressed here is what impact (if any) could the Hungarian parliamentarian elections have on the ongoing Brexit negotiations and the post-Brexit EU integration?

Let’s start by stating that interesting links and parallels between the Brexit campaign and the Hungarian government’s electoral campaign and results can be highlighted. An anti-migration position was a common reference point in both Orbán’s electoral, and Nigel Farage’s Brexit campaigns. Interestingly, it wasn’t just the message itself that was similar, they also used the same picture on their billboards to support their rhetoric. In general, stressing the need to take back control was quite prominent in both campaigns, especially in relation to the borders. Furthermore, anti-Soros statements, similar to those made in the European Parliament by Farage, were undoubtedly present in Fidesz’s election campaign as well. As far as the results are concerned, there is a similar geographical division in Hungary as was present during the Brexit referendum: in both cases the results in the capital city were opposite to those in the countryside and that of the final outcome (i.e. the victory of the ‘Leave’, and Orbán’s Fidesz). Nevertheless, beyond the similarities of the campaigns and results, one has to note that Orbán used the Brexit issue itself to advance his EU-critical and sovereigntist narrative already before the electoral fight. The government and Orbán himself claimed previously that the EU is responsible for Brexit as it did not pay enough attention to what the member states and their constituencies wanted.

As far as the Brexit negotiations are concerned, the potential impact the Hungarian parliamentary elections might have on the agreement on the UK’s exit, or withdrawal treaty, is less controversial. There is a common front represented by the European Commission, which according to Hungarian sources plays with surprisingly open hands, meaning there is a strong cooperation between the Commission, the Council (i.e. the member states) and the European Parliament. Much of the package seems to have been settled already, and the remaining points do not represent major worries for Hungary. Even though the Northern-Ireland question does not raise any major economic concerns, and Hungary is not interested in erecting a hard border, the issue is still considered relevant from the perspective of the integrity of the common market. While the peace process must be upheld, one cannot allow an unchecked flow of goods, services, capital and labor across the borders after Brexit. As Hungary is supportive of Northern Ireland, it’s position is in line with the proposed backstop solution that would grant Northern Ireland partial access to the single market. As far as the potential impact of Brexit is concerned, the Hungarian government, along with the Polish administration, already signaled its willingness to contribute more to the EU budget in order to alleviate the tension in the books after the UK’s exit. Nevertheless, the Hungarian government strongly emphasizes that the UK should not go back on its financial commitments to previously decided programs, meaning it should guarantee the payments promised under the 2014-2020 Multiannual Financial Framework (MFF) irrespective of its exit from the EU.

When it comes to the negotiations on the future relationship between the EU and the UK, the process is still in a rather preliminary stage to assess the impact of the Hungarian elections. In fact, the March European Council has just given out the mandate to phrase a political declaration on the potential relations between the EU and the UK. Beyond some of the redlines highlighted by the UK government, little is known. Nevertheless, some educated assumptions about the Hungarian position can be made. First, even though the Hungarian government fears that there is not enough time for a transition given the complexity of relations between the UK and the EU, it is unlikely that they will try to slow the process down. The reason is simple: Hungary’s major economic interest lies in industrial export, an area which is likely to be covered by a customs union agreement. Second, while the agricultural sector carries some political and economic weight in Hungary, and France may exert some opposition to the idea of an overall customs union in this field, this would not pose a serious challenge to Hungarian interests, given its small relevance on the country’s export sheet. Third, although so far there seems to be a great many overlaps among the individual member states with regards to the future relations between the EU and the UK, it is likely that there will be some debate concerning the depth of the new, to be established links. In this regard, Hungary has already put a price tag on Brexit, and expects a trade loss in case it is decided that a free trade agreement shall structure future interactions. Fourth, although the Brexit negotiations are running parallel with other major discussions on the next MFF, the potential reform of the Economic and Monetary Union (EMU), the development of a European migration plan, and risks pertaining the alleged and real backsliding on democratic principles in EU member states, it is unlikely that elements in the Brexit negotiations could be used as bargaining chips either by Hungary or against Hungary by other actors to advance particular interests. As argued before, there is only so much that Hungary can lose in the Brexit negotiations, and its major economic objective (a customs union in the industrial field) seems to be in line with both the EU’s and the UK’s position. While it is expected that the Hungarian government stiffens its stance on the issues of migration, national sovereignty, and democracy, and that it will attempt to push the institutional balance in the intergovernmental direction, it is highly unlikely that any actor would threaten the country’s car-industry to gain concessions in other matters. In other words, Hungary is not likely to pick any fights with the EU on the issue of Brexit, which also means that it seals the negotiations off from other ongoing discussions pertaining the future of the EU integration process.

With Orbán’s third consecutive term in office, the Hungarian position in the Brexit negotiations is expected to reflect continuity. As the topic does not have a direct impact in the domestic political arena, it is unlikely that in this particular case the country will challenge the unity and decision-making capacity of the EU in the near future.