Brexit and the EP: What rights for the European citizens? 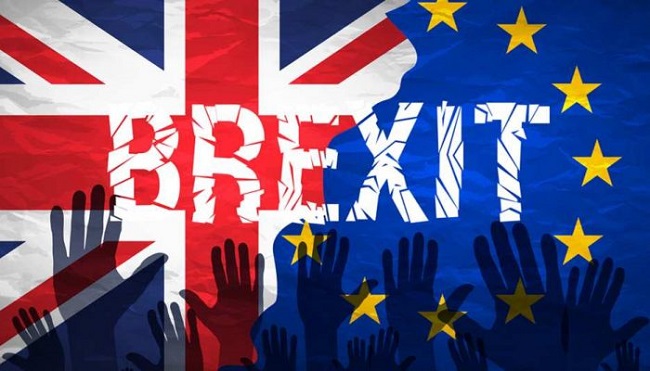 As the UK leaves the EU, a new immigration system and status are being crafted. Indeed, as the country has been part of the European project for more than 40 years, citizens have enjoyed the right to move freely across the EU: according to the UN, 1.3 million of UK citizens currently live in the EU27 while around 3.7 million citizens live in the UK. But their situation will change once the UK is no longer part of the EU. Without an agreement, UK nationals working or residing in the EU will lose the rights attached to their EU citizenship and EU citizens will become third country nationals in the UK. Basically, they could see their resident status, employment relations or financial and economic activities affected.

Immigration and free movement of people have been one of the main concerns in the debates around Brexit. Brexiteers campaigned to take back control, amongst others of the country’s borders. And the current debates around the Windrush cases highlight how important the issue is. It is therefore not surprising that the rights of citizens and their future status have been one of the key points of the negotiation for the withdrawal agreement.

The European Parliament in particular, as the only directly elected institutions of the EU, has claimed to be the voice of the citizens. It sees its role in the Brexit process as defender of the rights of (EU) citizens and emphasized this issue as one of the three main separation topics to be settled before a deal can be reached.

What matters to the European Parliament is that Brexit changes as little as possible (or even nothing) for citizens: people working, studying or enjoying their retirement should retain their rights for their lifetime after Brexit. The current rights attached to the EU citizenship should thus remain protected after Brexit, i.e. the freedom of movement, of residence, equal access to public services, social protection, including health care, and the right to vote in local elections in the country of permanent residence. The EP asks for an agreement based on reciprocity, with provisions to be detailed, precise and broad enough to be relied upon directly by EU citizens in British courts.

After more than a year of negotiation, an agreement seems to have been found on citizens’ rights, as evidenced by the draft withdrawal agreement published by the European Commission in March. Part two of the draft agreement deals with the rights of UK and EU27 citizens after Brexit and is colored in green, meaning there is an agreement between the EU and the UK. An overall assessment of the agreement shows that the UK agreed to most EU/EP demands.

What was agreed upon? A new procedure will be put in place and all EU citizens and their family members residing in the UK will be required to obtain the settled status under UK law as the legal basis for their continued residence in the UK. But as the EU wanted, the settled status is based on citizens’ rights according to EU law and will hence entail the continuation of their current rights, for themselves and their family members, for a lifetime. In other words, EU citizens who have completed five years of continuous residence in the UK (including pre- and post-Brexit) will be able to apply for a new permanent status in the UK if they are workers or self-employed or have sufficient resources and sickness insurance or are family members of some other EU citizen who meets these conditions. They will then continue to enjoy the full set of rights as established in EU law, including all social security rights. The UK has also conceded that this agreement will cover core family members and children born in the future, even outside the UK. And the UK has also accepted that these rights will be incorporated into a British legal act with direct effect. Finally, the EU Court of Justice, although much contested by the Brexiteers, will still play a role for citizens’ rights even after the UK leaves the EU. Indeed, the Court can be referred to for preliminary rulings on citizenship issues up to 8 years after Brexit. Moreover, the direct effect of the withdrawal agreement, its precedence over (potentially incompatible) national measures and the fact that UK courts must take into account jurisprudence of the Court of Justice are not limited in time.

But even though there seems to be an agreement on most points, there are still some unresolved or disputed issues:

The EP has claimed to be the main voice for citizens in the whole Brexit process and insisted it is ready to veto any deal which does not respect its red lines. One of the main objectives of the first phase of the negotiation was to provide clarity, continuity but mostly legal certainty to citizens for the post-Brexit era.

One can wonder whether its veto power is an idle threat. It seems the EP mostly follows the Commission’s approach to ensure the unity of the EU’s position. As such, it is not that bad since no deal on citizens’ rights is worse than any deal, as no deal means no rights after the UK leaves. But the issue of citizens’ rights has not been fully solved. The UK has accepted the Commission’s withdrawal agreement draft as a basis for discussion, and as explained, some important issues are still pending. And yet, the EP has given the green light to proceed with the second step of the negotiations. Citizens’ groups are worried that their rights will now be seen as a secondary issue, with the new trade deal and the question of Northern Ireland still to be solved. The current legal limbo of the Windrush cases seems to prove them right: it is crucial for citizens to have clarity and security about their future status as soon as possible and to avoid being a bargaining ship between the EU and the UK.