Determined to overcome her feelings and contribute to a good cause, Nina organised a head shaving fundraiser with her club members in support of the Alopecia UK charity. What first began as two people getting their heads shaved, quickly grew to become a show of solidarity as a supportive sports club rallied behind their president.

An autoimmune condition, Alopecia Areata causes cells from the immune system to gather around hair follicles and attack them, stopping the follicles from producing more hair. The condition affects around 100,000 people of varying ages across the UK, with no known cure at present, and can cause severe impacts on mental health for those diagnosed.

The exact way in which it happens is not yet understood, however the way it is felt can be, which is something Nina has openly described through her personal experiences.

In those first couple of weeks after being diagnosed with alopecia, Nina recalls high emotions and a loss of confidence.

Nina said: “When I first started finding bald spots in my head, I had a panic attack and went to the GP in floods of tears. My mum drove all the way from our hometown Belper in Derby to come and get me, and I spent a week at home crying constantly. It was really bad, but my parents stood by me and were supportive.

“It was really hard seeing my hair come out in the shower, waking up covered in it. All of it was a constant reminder that I was losing hair every day. I think seeing that over and over again gives you so many emotions that you're not necessarily ready to face. I wasn’t ready for it at all - I didn't want anyone to know, and I didn't want to be perceived as different or weird.” 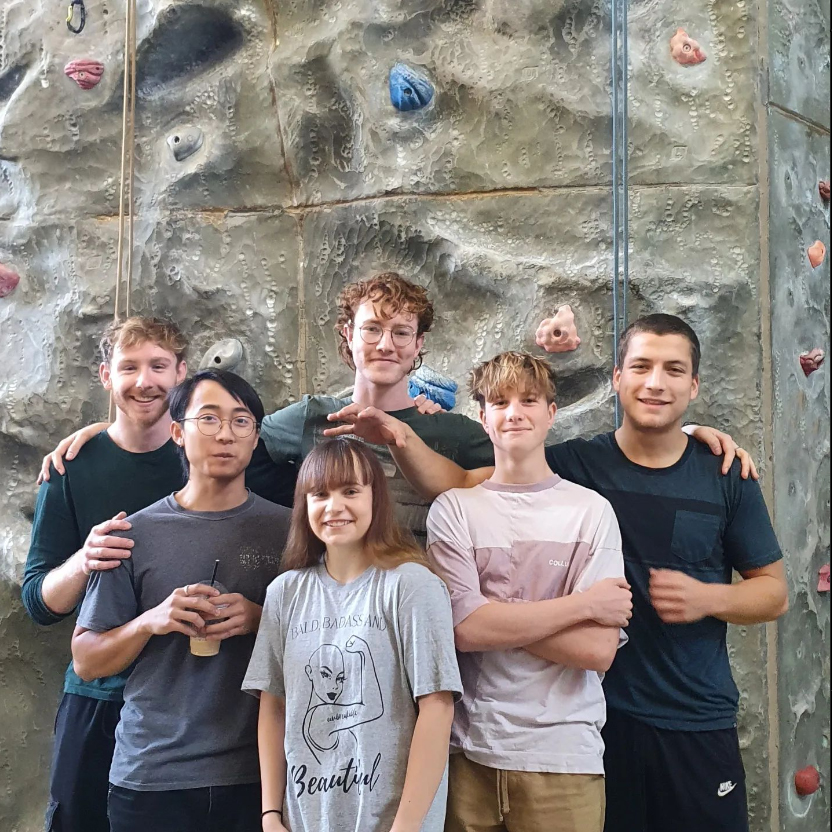 Though she initially struggled as the full weight of her diagnosis hit her, she continued to process this change and eventually decided to take a stand. On Wednesday 26 October, Nina and her UEA Climbing club members ran a head-shaving fundraiser for Alopecia UK, a small national charity working to improve the lives of those affected by alopecia.

Nina said: “I was channelling everything through sport, and that’s when I had this idea to do a head shaving fundraiser. When we came to do the head shaving, I thought that only one of the other members was going do it with me, but then it turned out seven other members joined, and more and more people got involved with it as it was happening. It was really emotional for me; I didn't realise how much people would care.

“Everyone keeps checking up on how I'm doing, emotionally and mentally, and it's such a brilliant thing because I've never really experienced that before, where someone's genuinely interested in your mental health rather than just a quick hello. Losing your hair is such a big thing for a woman to have to go through because of society’s pressures and beauty standards. For people to be so genuinely aware of that and supportive, and say it doesn't matter, was great. I feel so much happier as well since I've shaved my hair off.” 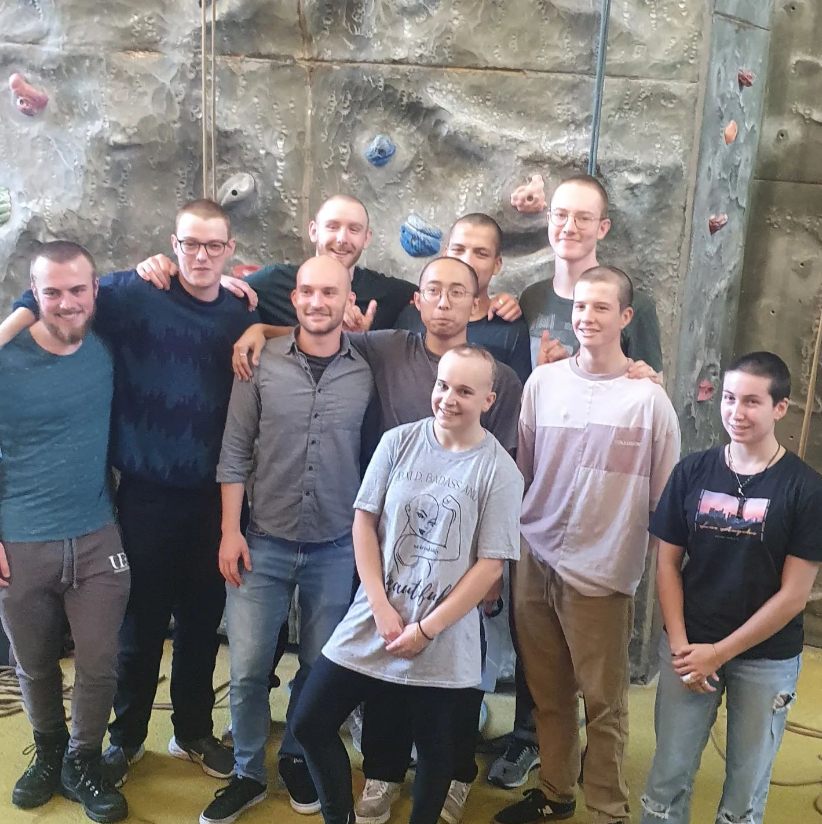 Though the cause of onset alopecia has not yet been discovered, UEA Climbing’s JustGiving fundraiser has gone on to raise more than £1,000 in the fight to find a cure and stop the stigma against it. By funding Alopecia UK, Nina and the rest of the club hope there will be a potential to find a cause and subsequent treatment for the condition.

Since the fundraiser, Nina has started to focus more on her degree again, with the support of her university lecturers and peers.

She said: “Going through all those emotions – of being heartbroken to being really angry, not really feeling much to then being a bit depressed, to just kind of dealing with it and moving past it all – it’s been a journey.

“I had been finding it really hard to focus and get my head back down and study, especially when I was first diagnosed with alopecia, because I was heartbroken. This event has almost given me a new outlook on it and that I can't let this change in my life affect how my degree turns out. I've worked so hard already and I’m now in the mindset that I want to get back to studying.”

Joe Magrath, one of UEA Climbing’s club members who shaved his head in solidarity with Nina, said: “I decided to get involved with the head shave event simply to support Nina. She is doing a wonderful job as the president of our club and is incredibly brave for using her own diagnosis to raise awareness for others suffers in the same way.

“I hope that our charity event will spread awareness through the University and pull in more donations for Alopecia UK. I also hope that it will encourage people not only to donate, but to go and learn more about alopecia and hopefully support the charity further.”

Chloe Mills, another member of UEA Climbing at the University, said: “It is a great cause which has affected many people in the UK. When Nina announced she was diagnosed with Alopecia, it was clear that we needed to do something to support the charity and Nina herself. As the climbing club's president, Nina has had a huge impact on everyone in the club, therefore, we needed to support her in this fundraiser.

“By supporting the charity, we are hoping to raise money to help with Alopecia UK’s aims of support, awareness and research, and help people with Alopecia. The head shave gained a lot of support and awareness from others across the University, explaining Nina’s alopecia journey and the effects it has on people’s lives. We hope it helps people across the University struggling with alopecia to know they are not alone and that there are people here to support them.”

Nina said: “Since they all jumped in and joined in with the charity event, there’s been a really close bond between all of us at the club. It's such a lovely atmosphere and there's such a sense of community in the club now. I think everyone should be in a community where you share similar interests and people are genuinely looking out for you.

“There’s a stigma about anyone being without hair. I became super aware of the media and what I was seeing on Instagram. But you shouldn’t have to be that self-conscious about what you look like, because at the end of the day, we’re people. I’ve been thinking recently of how ridiculous it is to put this pressure on people on how they should look to fit in with society, when in reality we are all different shapes, different sizes. Just be who you are.”

New research suggests that implementation of a national policy of subsidence control would greatly reduce the impacts on sea level rise for people living in...

Mass spectrometric studies of the assembly of an essential and common iron- and sulfur-containing cofactor has revealed a ‘sulfur first’ mechanism.

Dec 22 issue of UEA Chemistry Magazine is out now

The December 2022 edition of our UEA Chemistry Magazine: yoUr chEm mAg is now available.

Hanna Thomas Uose, who is studying for an MA in Prose Fiction at the University, has won the Morley Prize for Unpublished Writers of Colour 2022.