The October 2018 European Council was billed as decisive for the progress of the Article 50 negotiations. Held in its wake, this one-day conference took stock of progress, looked at the view from other national capitals, and considered the outstanding issues and difficult questions that remain. It was also the occasion for the launch of a publication on the perspective from the UK’s negotiating partners from the “Negotiating Brexit” team. A host of distinguished speakers addressed a full house. 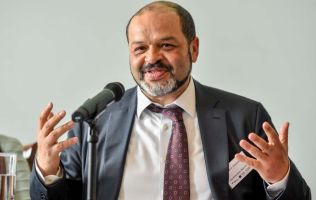 The day began with a roundtable on the state of negotiations. Anand Menon, Professor of Professor of European Politics and Foreign Affairs and Director of ‘UK in a Changing Europe’ opened the discussion.

He was followed by Sonja Puntscher-Riekmann, Professor of Political Theory and Director, Salzburg Centre of European Union, Studies, University of Salzburg, who discussed the approach of the Austrian Council Presidency to the Brexit negotiations, Nat Copsey from the Foreign and Commonwealth Office, who offered a perspective from the UK, and Hussein Kassim, who focused on the view from ‘Brussels’ – the EU institutions and the EU27. Watch the roundtable, chaired by Simon Usherwood, on YouTube. 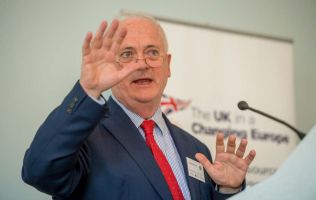 Ireland and the Irish border were a major theme of the day. In a keynote address, which offered a perspective rarely heard in the UK, John Bruton, Taoiseach of Ireland 1994-97, described the wider history of the relationship between Ireland and its neighbour, and spelt out the implications of Brexit for the relationship and the Good Friday Agreement. The BBC’s Chris Morris was in the chair. Watch the keynote on YouTube. 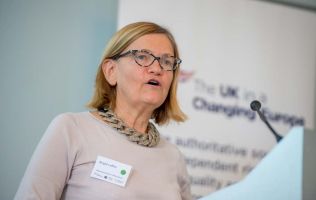 In a panel on the Irish border, Brigid Laffan, Professor and Director of the Robert Schuman Centre, European University Institute, outlined the key issues at stake in the negotiations for the Republic of Ireland, while John Garry, Professor of Political Behaviour, Queen’s University Belfast, discussed how the public in Northern Ireland views possible outcomes. The panel was chaired by Denis Staunton, London Editor of The Irish Times. Watch the panel on YouTube. 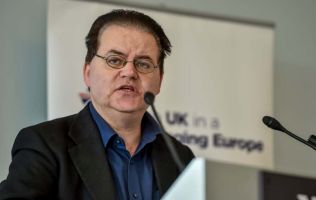 Migrants and migration was discussed in two panels. In the first, Steve Peers, Professor of European Law, University of Essex, and Catherine Barnard, Professor of EU Law at Cambridge University & Senior Fellow ‘UK in a Changing Europe’, considered the likely effects of a proposed UK immigration policy and the likely impact on UK businesses. Watch the panel, chaired by Anand Menon, on YouTube. 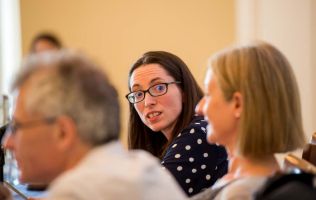 In the second, chaired by Heather Rolfe, Associate Research Director, National Institute of Economic and Social Research, Jonathan Portes, Professor of Economics and Public Policy, King's College London and Senior Fellow ‘UK in a Changing Europe’, and Madeleine Sumption, Director of the Migration Observatory, University of Oxford, discussed the status of EU citizens in the UK and UK citizens in the EU. Watch the panel on YouTube.

L. Alan Winters, Professor of Economics & Director, UK Trade Policy Observatory, University of Sussex opened the panel on trade, which was chaired by Gemma Tetlow, Chief Economist, Institute for Government. Professor Winters spelt out the implications for the UK’s trading relations and the economy of an essentially politically-driven process. Sir Martin Donnelly, former Permanent Secretary at the Department of Business, Innovation and Skills, and more recently the Department of Trade, highlighted the scale of the challenges that lie ahead. Sam Lowe, Senior Research Fellow at the Centre for European Reform, reflected on the complexities of trade in services and the challenges that confront this sector which accounts for 80 per cent of the UK economy. Allie Renison, Head of Europe and Trade Policy at the Institute of Directors, discussed business readiness. Watch the panel on YouTube. 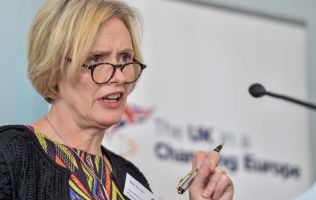 The challenges that confront key policy areas were considered in two panels. In the first, chaired by Ian Dunt, Editor of Politics.co.uk. Eilís Ferran, Professor of Company and Securities Law, University of Cambridge, examined financial services, and John Vincent, CEO, International Federation of Airworthiness & EASA Deputy Director, Strategic Safety 2010-14, outlined the implications for aviation. To watch the panel, click here. John Fingleton of Fingleton Associates and former Chief Executive of the Office of Fair Trading, discussed competition policy, and Erik Millstone, Emeritus Professor of the Science Policy Research Unit at the University of Sussex, looked at what lies ahead for food policy, especially food safety. This panel was chaired by Sonja Puntscher-Riekmann. Watch the panel on YouTube. 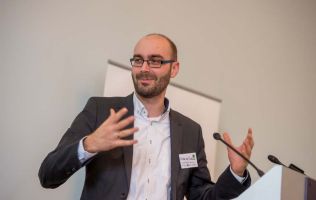 The view from national capitals was discussed in three sessions. Nicolai von Ondarza, Research Division: EU/Europe Head of Research Division at the Stiftung Wissenschaft und Politik in Berlin, provided a view from Germany in his keynote speech. To watch the keynote, click here. The session was chaired by John Peet, Political Editor, The Economist. In the panel chaired by Asa Bennett, Brexit commissioning editor of the Daily Telegraph, Sonja Puntscher-Riekmann reported the view from Austria, Salvador Llaudes, Analyst at the Real Instituto Elcano, Spain, Robert Csehi, Lecturer and Post-Doc Researcher at the Technischen Universität München, Hungary, and Natasza Styczyńska, Associate Professor at the Jagiellonian University, Poland. Watch the panel on YouTube. 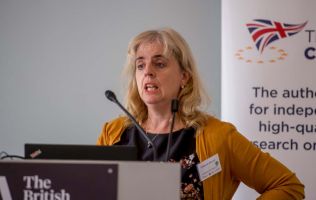 In a second panel, chaired by Brigid Laffan, Petr Kaniok, Associate Professor at the Masaryk University, Ramūnas Vilpišauskas, Professor and Director at the Institute of International Relations and Political Science, Vilnius University, and Mats Braun, Senior Lecturer at Södertörn University discussed the respective perspectives of the Czech Republic, Lithuania, and Sweden. Watch the panel on YouTube.

‘Negotiating Brexit: national governments, EU institutions, and the UK’ is funded by a Brexit priority grant awarded by the Economic and Social Research Council. For further information, see our Negotiating Brexit Research page.

Researchers at the University of East Anglia have solved an 80-year-old medical mystery that causes kidney damage in children and can be fatal in babies.